The Edmonton Oilers have riches untold and can’t buy a win—lack of balance and an addled defense for a decade running is not the way to go. Who knew? Everyone. The Oilers 2006-16 will be a monster cautionary tale for the rest of the century. How will this era of endless el’s turn out? I am hoping Peter Chiarelli can write a few quick chapters here in order to get to the good parts.

G55 last season was a 5-4 OT win over the Montreal Canadiens, so if the Oilers lose tonight, last year’s team will be within six points. I have to admit to getting some kind of sick enjoyment out of this, and have begun cheering (just a little) for last year’s club. I am, officially, an ass. Still, I think the failure to address the defense should be punished, and that is what we are seeing. 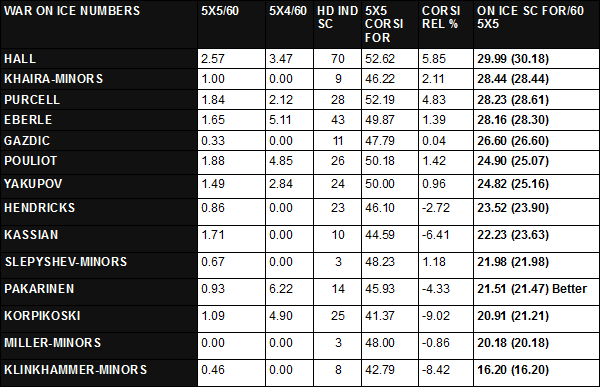 It never fails to amaze me. Every AHL season, there is a spike in performance for some of the prospects after New Year’s Eve. Here are the top scorers (among prospects) for the Condors since January 1:

I think we could see any of these players get a cup of coffee after the trade deadline, and with Laurent Brossoit being recalled yesterday, the flights from California should come more often as we head to February 29.

Lars Eller to the Oilers has some charm (he was the gent who said nice things about the team awhile back), but he is not a fantastic option. 5×5/60 number is 1.28, that is behind Hall, Pouliot and Kassian among LWs—although I would prefer him to Korpikoski. He does fit the Chiarelli model in that he can play all three forward positions, has two-way ability and some size. I would not call him rugged (another Chiarelli arrow) but he isn’t shy, either. Oilers fans will suggest Justin Schultz, Habs fans will counter with Nail Yakupov. I sincerely believe Peter Chiarelli will trade both at some point.

He is a terrific player, and a thoughtful one too based on the items I read about him. His take on the draft is a direct hit, I would add that the organization you land on, and how they handle you, has a great deal of impact on your progress and future. I would love to have him play for the Oilers, he plays a splendid game.

https://t.co/5TL9KDj3il if you're interested. Someone will pick him up, IMO. https://t.co/2fgdU1kkqt

I imagine someone (aside from the Oilers) picks him up, but for me this is a good bet and nice cover should Peter Chiarelli find homes for Justin Schultz, Eric Gryba and Mark Fayne at the deadline.

It sounded imminent the other day, but did not come to pass. Todd McLellan mentioned earlier on Tuesday they wanted him to reflect on his role and perhaps we will see a player who brings more clarity to his game tonight. If he is not in the lineup this evening, one wonders if PC is waiting for another team to make room. In an unrelated story, Los Angeles will have room at 10 this morning. If they called me, I would tell them to trade for Mark Fayne. 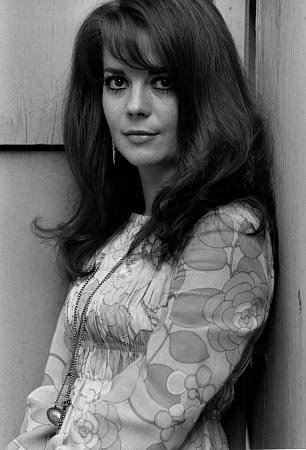 A busy, fluid day on the show and I will once again he filling in for Dave Jamieson noon to 2pm. We start at 10, TSN 1260 and scheduled to appear: