The Edmonton Oilers best prospects are graduating this spring. Those prospects are sensational young players, but make no mistake: They are leaving behind a very poor prospect list. Among the alarm bells going off in Peter Chiarelli’s brain, behind defensemen who can play, value contracts and the power play, re-stocking the prospect shelves has to be high on the priority list.

Montreal, in 1969, received the first and second round picks due to a ridiculous rule I won’t bore you with, suffice to say it skewed the balance of power in the NHL to an insane extent and it is a rule the league should have been ashamed of—and they did abolish it after 1969. Problem? Montreal received Rejean Houle and Marc Tardif from the rule, effectively robbing expansion teams from getting a shot at a brilliant two-way forward and terrific scorer, respectively. Incredible.

Despite all the hoopla about getting 10 of their 33, Montreal didn’t fare all that well. Bobby Sheehan was a fleet center with some skill, but Montreal missed on their other selections. In fact, by the time Montreal chose Sheehan No. 32 overall, most of the best talent had been taken. Names included Bobby Clarke, Ivan Boldirev, Andre Dupont, Ron Stackhouse and Dick Redmond. Montreal missed on later gems like Butch Goring, Don Saleski, Brian Spencer and others. It is very important to maximize draft picks, understanding that after a certain point the chances of getting an actual player is basically a crap shoot. Edmonton needs a watershed draft in 2016. Will they get one? Here is an update on the Oilers top prospects from my winter list. 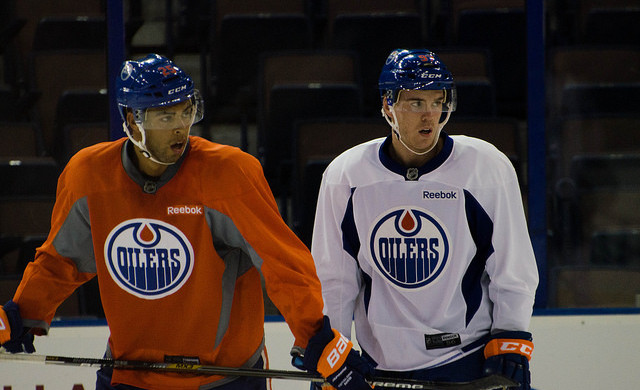 I will do the 21-40 update sometime in the next few days. To give you an idea about how many players will graduate, and how little there is developing under the NHL level, here is what my top 10 would look like currently (using this 20 minus graduates):