The Edmonton Oilers lost a frustrating game last night, I thought they played their ‘woe-is-me’ style after falling behind early. The team didn’t play horribly, but they found a way to lose and they also found themselves being manhandled with very little in the way of push back for long stretches—until late in the game. With the third period counting down in a lost game, young Darnell Nurse took matters into his own hands and committed an act that may get him suspended. I do not believe in fighting and in no way condone that kind of behavior. I would be a liar if I said it was difficult to watch, in fact I enjoyed the absolute hell out of it. In my mid-50s, maturity still remains slightly out of reach.

"They got ahead and we just deflated… We've got to respond better than that and play better hockey." @patmaroon pic.twitter.com/bncA495fSm

MAKE IT STOP, YEAR OVER YEAR

Oilers gave up a goal early and to me they didn’t look overly sharp until later on. It was not a horrible effort, but it was a game that I watched with the detachment of a fan who has seen enough of these to know who isn’t coming back to make it close. Oilers need to be better, doesn’t matter if they are all 5.11 or 6.11—and that is a fact.

Score effects had a tale to tell here, but the Oilers (to my eye) were never in danger of being blown out, they just weren’t sharp in the skills and SJS were good (and lucky) in the closing zones. 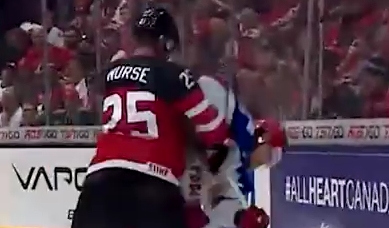 One of the major events of the evening was the Nurse-Polak exchange. I mentioned after the second period that it was disappointing the Oilers weren’t pushing back more:

Darnell Nurse did exactly that in the third period, and I am not going to bury him for it. It is true that I am against fighting, but it is also true that intimidation is part of the game. For so, so long, the Edmonton Oilers have been a welcome mat for visiting NHL teams. Too many instances where Robyn Regehr would end Ales Hemsky’s effectiveness for an entire season on a play that went uncalled by the referees. Look, the Oilers youth clearly has a reputation for being entitled brats, you see that every game. The refs look the other way on all kinds of calls—and honestly, I am not that upset about it. The team is young and does chirp way too much, need to channel that (I agree with Todd McLellan in this area).

That said, just as a 100 mph fastball under the chin after giving up two long home runs can send a message to the next hitter (don’t dig in too much, Moises!), so too Darnell Nurse mashing Polak’s face sends a new message to the other towns: We are dangerous, a little crazy, and there will be blood. A few years ago, the Tampa Bay Lightning were offended by a freaking Linus Omark shootout goal. What a pissy thing to get upset about. I have no quarrel with Darnell Nurse stepping up and taking care of business. If that makes me a bad person, bring it on. I am goddamned tired of watching Oilers players get run with no call, nor pushback. I hope Roman Polak is okay this morning, and I hope the same for Matt Hendricks. I have nothing but respect for Darnell Nurse this morning, hope his teammates feel the same way. If I hear an Eric Belanger ‘we will have to talk to him’ out of a veteran, I will lose it. Seriously. We have been waiting all century for someone to man up, and he is here. Let the word go forth: We are not the old, limp Oilers. Buckle up. 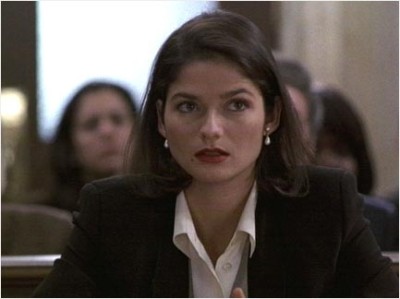 10-1260 text, @Lowetide on twitter. I may have another NFL guest if free agency takes off.

NURSE TO BAKERSFIELD, HOME BY CHRISTMAS

127 Responses to "HIS JUDGEMENT COMETH"