The Edmonton Oilers of Todd McLellan finally passed the 2014-15 Eakins-MacTavish-Nelson train, in G73. There is nothing to brag about, but it is a hurdle cleared. We can talk about injury, about disappointment, about wayward power plays, but the team has in fact improved season over season. The goal differential has been improved (halved), the Bettman games under .500 have gone from 20 to 10. The actual won-loss has improved from -33 to -17, season over season (with nine games to go). It isn’t much, but it is something.

WHEN DOES THIS END? YEAR OVER YEAR

Edmonton posted 62 points a year ago, going 24-44-14. From here to the end of the season, Todd Nelson brought them in 4-4-1. If Todd McLellan can do the same—and that is a heavy task with all the injuries to the blue—the club would finish 32-42-8, 72 points. That would be the highest total since Tom Renney’s final year. The Oilers are not tanking, as has been suggested online, as they are 6-4-0 in their last 10 games.

NAILING DOWN THE DEADLINE 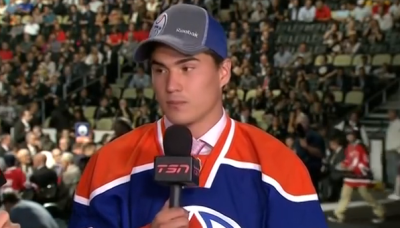 Encouraging on some level, we knew he was somewhat in play and I do think the Oilers will deal him in summer. I think the better play is to have him come back for the final $2.5 million season and pump those numbers. If Edmonton is convinced he is not a long term answer, and I do believe we are here, then doing the Sam Pollock (pump value) is the right thing to do. There are teams in the NHL with very few signed forwards for next year, Edmonton’s round peg will no doubt find a home and then find his way. 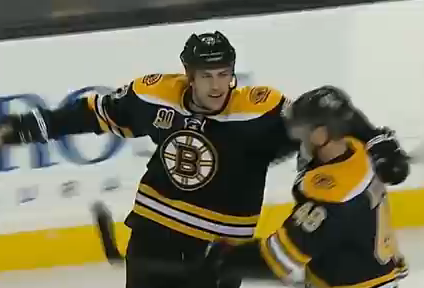 We have talked about Lucic to Edmonton a lot on this blog, because it makes perfect sense if you have read Peter Chiarelli’s verbal from day one. It also makes sense if the Oilers plan to trade one of their $6 million dollar men for a less expensive defender (ala Eberle for Hamonic). If you send away Eberle and Nikita Nikitin, and add Lucic and Hamonic, well that is a pretty good day. We wait.

A fun show today, make sure to chime in with questions and comments. TSN1260, beginning at 10:

152 Responses to "WHERE WERE YOU WHEN I NEEDED YOU?"