We are about one year into the Peter Chiarelli era, and the range of views about his work in those 12 months is wide. Some feel there is little or no progress—and any that has taken place is due to improvement of the youths—while others feel the long road north has now been joined and it is only a matter of time. All agree that the trade and procurement record is uneven and not easily explained.

Nelson’s Oilers G76 marched into Denver and won 4-1, and at that point were running down some teams ahead of them. From tonight through the end of the year, Edmonton went 2-4-1 to finish 24-44-14, 62 points. If the Oilers can match it, and that is a tall order based on this week’s road trip, McLellan’s crew will finish 31-43-8, 70 points. The GDs remain markedly improved year over year. 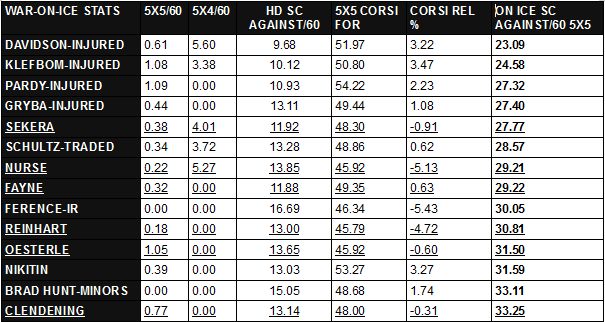 If you can make a deal for Vatanen, sign Demers, and keep Fayne, the starting six have plenty of experienced men, a reasonable option for the PP (Vatanen is 4-14-18 on the PP and has 133 shots on goal this year). What would it take? Don’t know.

Can the Oilers afford to add Demers, Vatanen and Laine, while saying goodbye to only Nikita Nikitin, Andrew Ference (LTIR)—while also factoring in the additions of Talbot and Klefbom’s new deals? The NHL Cap could go as to $74.4 million according to recent estimates.

Of all the teams that are possible I see CAR as the best fit. Faulk, #8 for Nuge, #3? CAR is loaded on the backend.

As we have discussed at length, any trade that moves out RNH must also bring back a center. If the Oilers make the trade suggested by Mr. Solbak, a Frans Nielsen would also have to be added. Not ideal, especially considering there is no guarantee Nielsen signs in Edmonton.

Feelings around NHL teams in October: Chychrun clear top d in draft.
January: 50-50 between him and Juolevi
March: Probably Juolevi is 1.

Pronman is a smart guy and he definitely has access, so this is an interesting confirmation of what I have been reading/hearing. Juolevi’s NHLE is in the range with the other three defensemen I have in my top 10 (Chychrun, Sergachev, Jake Bean), so this (somewhat) late break should come as no surprise. It also means there is every chance we will see a ‘Cam Fowler slide’ this year—a consensus top 10 selection falling outside the top 10 overall.

I looked at NMCs and what teams could find themselves exposing valuable players to the expansion draft. https://t.co/myMDegjFYN

Dustin Nelson has a piece out about the expansion draft and teams who could be giving up something very good. I will write a lot about the coming expansion draft, but history teaches us that the first draft of the expansion rules has no real relationship to the final one. The chances of the final draft of that document being released before the activities of this summer are not high based on history. We wait, but Nelson did a fine job of taking a photo of the current situation. 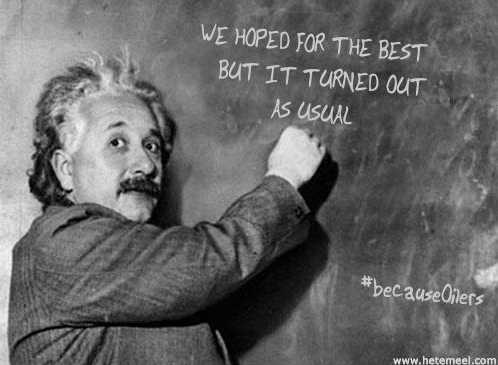