One of the decisions Peter Chiarelli made early in the season—the Darnell Nurse recall—saw Griffin Reinhart sent to the minors. Now, Reinhart’s demotion may have had a lot to do with Leon Draisaitl’s emergence (and bonus dollars on the books for those two men, and Connor McDavid), but it turned out just that way. In last night’s game, Griffin Reinhart played far better than Darnell Nurse—and maybe, just maybe, that means AHL time for Nurse next season and a similar, Reinhart-route to the NHL. Those minor league games have value.

DAY AFTER DAY, YEAR OVER YEAR

Oilers got hammered by a barrage of hits (some illegal, surely) in the third period before Zack Kassian, Reinhart and a few others put the boots to various Coyotes. Now we’re on to California and wrap up a good lottery position. I liked the team last night, truth to tell. Strike that last remark.

If the Ottawa Senators are willing to do business (as their owner has suggested) then Peter Chiarelli needs to get on that phone and keep talking until something gets done. I cannot believe they would trade Erik Karlsson, so let’s not even entertain the thought. Up front? Mika Zibanejad, Mark Stone, Curtis Lazar, hell I have always liked Zack Smith! Wonderful news for NHL teams if Ottawa is going to tear it down. Get in there, Pete!

ERMAHGERD HOW DID TAYLOR HALL MISS THAT?! *faints* -bm #oilers

In the olden days, they would say a scorer (or a batter) was ‘snake-bit’ when enduring a run like Taylor Hall has in the back half of the season. Part of this is the power play—the big train doesn’t run through Hall anymore, the scoring train runs from McDavid now—and part of it is surely the slumping (and loss of that extra step) by Leon Draisaitl. The verbal now has Hall being a negative, a problem, and that my friends is exactly as crazy as it sounds. Whenever this conversation comes up, I like to list Pete Rose’s batting averages over a 10-year period beginning when he was 27:

10 WAYS TO IMPROVE NEXT SEASON 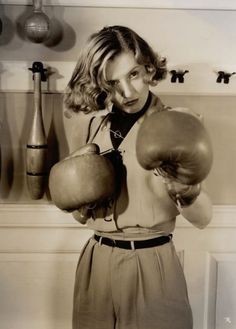 TOUGHER THAN THE REST

161 Responses to "TIRED OF WAITING FOR YOU"