Peter Chiarelli has been on the job for a year, and there have been a lot of roster changes. Aside from the draft, PC has been moving assets in and sending them out at an impressive pace. Sometimes it is difficult to keep track, so let’s review so we can remind ourselves of the carnage.

In 12 months, Chiarelli offloaded a tidy 30 percent of the roster he inherited. If I had to choose three players he should have kept, I would use one selection on Martin Marincin and pass on the other two (although Teddy Purcell had value, it was right to deal a rental at the deadline).

THE SURVIVORS OF YEAR ONE

Edmonton kept 31 men from the list Chiarelli inherited, but there are a lot of players who are clearly outsiders based on usage. I will guess Mark Fayne, Andrew Ference, Brad Hunt, Luke Gazdic, Ryan Hamilton, Rob Klinkhammer, Kale Kessy and Tyler Pitlick are not on the roster by fall (Ference LTIR).

This doesn’t include the unsigned draft picks. Anyone from this list you believe to me a mistake? If I were given three picks, I would use all of them on Lauri Korpikoski. I am probably in the minority here, but I like the additions overall, and would list Talbot, Sekera, McDavid, Maroon and Kassian as good arrows. No extra credit for McDavid, but he is part of the new procurement.

I will have Sunil Agnihotri from Copper & Blue plus The SuperFan on today, and plan on giving him a problem to solve. It goes like this: Would you rather see Alex Pietrangelo acquired in a major deal, with Mark Fayne occupying the second pairing (with, say, Brandon Davidson third pair)—or would you rather see two mid-level pickups like Jason Demers and Sami Vatanen?

Ziyat Paigin has been moved to U-25 Team Russia, won't play at 2016 IIHF WC in Moscow #Oilers

Long way in one season for EDM's Ziyat Paigin. Last season he was barely a KHL regular, yesterday he leads his team in TOI in a playoff game

He went 45, 9-19-28 with 4 power-play goals and 88 SOG this year. He played 16 minutes a night, and the KHL site has his contract expiring April 30, 2017. Can Peter Chiarelli get him to North America this summer? If he does, the smart money would be on Paigin to at least begin the year in Bakersfield, possibly play the entire year there. His NHLE (using the Roatis) is 82gp, 13-28-41. If he delivered substantial offense in Bakersfield, it wouldn’t take him long to get here. I have him ranked as the No. 2 prospect heading into the draft, suspect PC has at least thought of getting him over here.

THE WAITING IS THE HARDEST PART

I would very much like the Oilers to make a trade tomorrow. If Anaheim wins (Stl-Chi is a G7), there will be a clear window between rounds and NHL teams can do business during that time. Of the teams eliminated, does Edmonton match up in terms of trade with any of them? Let’s have a look.

Lots of love for John Tavares today and for good reason. That is where Taylor Hall should and will be in my opinion, someday soon. A winner. Absolute winner. Hall needs soon what Tavares has now: A supporting cast. They are both brilliant players, one is finally getting some recognition. The other waits, but it is on the way. Being the best player on a losing team is kind of a drag. Ask Rick Nash.

Radulov, reportedly, may choose to skip the #IIHFWorlds in Moscow, fueling speculation of an imminent NHL comeback.

Before you say never, Alexander Radulov’s per 82gp boxcars are 25-30-55. I understand the idea there will be lots of competition, but does that competition include a chance to play with McDavid? Ultimate long shot, but this man is a tank with skill. Something to think about.

"Scouts give excessive weight to a player's most recent performance in predicting future performance."https://t.co/XeiPAaBEEp

There is a fine line between late spikes representing real progress and small sample sizes derailing a draft. I once spent $34 in a $260 cap league on Tuffy Rhodes because he had a big opening day (we had the auction after one game had been played) but in fairness to me I was just trying to drive up the price. It is true, though. Scouts would probably be better served by ending their looks late in the regular season and disregarding playoffs, Memorial Cup, et cetera. The problem is that many of the Euro kids only get viewed at the tournaments. I believe that is why some teams have had an advantage over others these many years. If multiple viewings in league games is the industry standard for North American kids, why are tournaments good enough for the Euro teenagers? Silly, silly mistake. 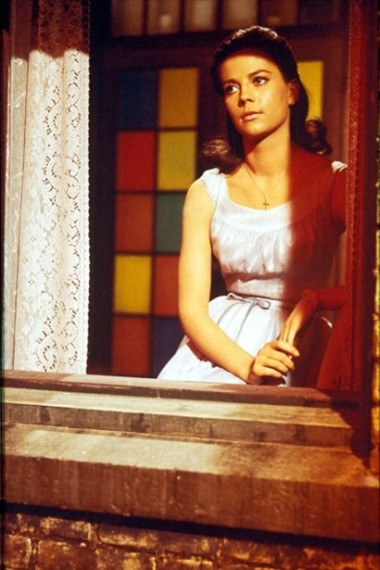 I am on the round table with Dusty and Wil at 9 this morning, so tune in if you can. At 10, Lowdown hits the trail for lottery week with a terrific lineup, TSN1260. Scheduled to appear: