In all the excitement of this year’s lottery, it is important to remember the Edmonton Oilers already won. Whatever happens Saturday, last April was the day the earth stood still. That isn’t bragging (zero to do with me, or you) it is a simple statement of fact. Here are some memories from just before the lottery and then after (on this blog):

I had written a mock draft with Noah Hanifin going to the Oilers, so quickly put this up, before tweaking the mock and then publishing it. There were over 1,000 comments that day on this blog, it was beyond sweet music. We shared that moment together, and I will remember it forever. I have read the comments in all three of those threads several times over the last 12 months. Thanks for making those pages so memorable. Beautiful.

All the GM's of the Canadians teams are expected at the lottery draft on Saturday. #tvasports

Peter Chiarelli will have his eye of newt, toe of frog and Tambi sweat, Bill Scott’s cufflinks and God knows what else. I am a very superstitious person, so will prepare a Mock Draft with Edmonton at No. 2 overall. It is ridiculous not to prepare for the alternative, but I will do everything exactly as I remember a year ago. Thank goodness I didn’t have salad that day.

Multiple NHL teams with continued interest in KHL defenceman Michal Kempny. Could agree to NHL contract as early as next week.

His EP bio doesn’t say much and his NHLE (23 points) doesn’t imply he is a better bet than our man Paigin. He is LHD, 25, Dreger mentioned him earlier this spring. Apparently Colorado is in the mix.

A subtle change in the weather here, meaning fewer AHL veterans will also have an NHL component to their deal. Make no mistake, this is a good thing for the Oilers—Hamilton is a mentor to the youths, an effective player at that level, and he may have been able to secure an NHL deal elsewhere. There was no doubt some sacrifice for the player—there is no direct connection to an NHL team for him, the first time since the spring of 2006. He played in 30 NHL games, 18 as an Edmonton Oilers forward.

What does this mean for the organization? Another spot on the 50-man list. Here is what the AHL portion of the Oilers 50-man list looked like when Peter Chiarelli took over:

There were 10 RFAs listed there, plus (in the original article) some decisions to be made in regard to players who would end up in the AHL (Anton Slepyshev, Daniil Zharkov, John McCarron, Marco Roy, Jackson Houck).

Men who Edmonton has to make a decision on:

DUCKS ELIMINATED, IS VATANEN AN OILER YET?

The feeding frenzy around the Oilers in terms of trade rumors (I will have Lyle Richardson on today) has reached top dead center and things are humming baby. A trade built around Jordan Eberle for Sami Vatanen has been in the ether for weeks but not that the Ducks have disappointed there may be some completion on the way. I have said since Peter Chiarelli’s media avail—where he said waiting until the draft was not necessary if something made sense—we might see a mid-playoffs trade involving the orange and blue. Suspect whatever takes place will happen after the lottery on Saturday, but ‘Ducks-Oil deal imminent!?!???!’ will be your click bait today. 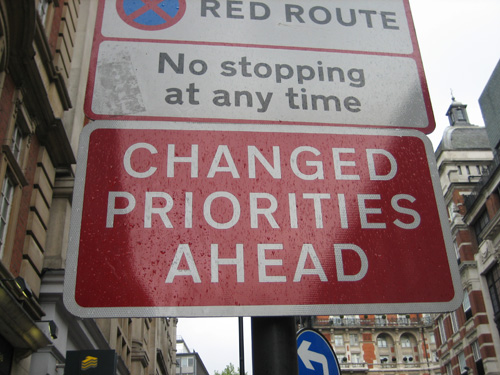 RAINING IN MY HEART

If you are tired of ‘reaction’ coverage to silly stories from media in other cities, or general click bait tomfoolery, let the people writing it know it. Important to offer input to all blogs and publications, encourage you to do so. Let’s aim higher, blogs! Thanks.

I spoke to Jonathan Willis and Scott Cullen yesterday about the value of the McKenzie list to NHL teams. It also has value for us, because it can answer questions. For instance: This year’s defense. Now, I think we can agree that predicting the No. 1 defenseman at the draft is miles different than predicting who will eventually become the best defenseman in the selection for 2016. That said, I had some real questions and my list is based (mostly) on math. Here are the D in my top 15:

My list rewards range of skills, offense and I have a definite bias for CHL players. I also tend to prefer forwards over defensemen. Now, as I mentioned, the defensemen listed here are (mostly) the same offensively. Sergachev is No. 1 on my list because the offensive spark is dominant (Juolevi too) whereas I think Chychrun has more of his value on the defensive side. Doesn’t mean he won’t score a bunch of goals on an NHL power play, but we are talking about a (potential) top 5 overall selection—you need offense from that player. Here is how the McKenzie list values them (this is important stuff):

What does that tell us? Well, scouts love Joulevi’s offense. The math says these cats are all basically the same, but Joulevi somehow comes out on top. I rank Sergachev No. 1 because there is a slight edge offensively using the Roatis NHLE:

I am completely onside with these five men being in the same range—we cannot be so in love with math as to allow small gaps like these to sway us—but I do find the idea that Joulevi is considered superior to the other defenders curious. In watching Joulevi, I felt his defense would be kind of a drag on his overall number. Does not appear to be the case. We will have to dig deeper into this as the weeks fly by.

A fun day even if they don’t trade for Vatanen. TSN1260, beginning at 10. Scheduled to appear:

70 Responses to "ALL THOSE BALLS IN THE AIR"