The Edmonton Oilers are all over the World Hockey Championships this spring—hopefully for the last time in the next decade. Team Canada romped over Hungary this morning, with splendid performances from Taylor Hall and Connor McDavid:

McDavid had two assists and Hall continued his strong play by going 1-1-2 in the game. Canada romped, the offense is firing and it looks good for the coming week. I enjoy these events, but will primal scream if Hall and McDavid turn into Captains Canada ala Ryan Smyth. Not just for that reason, it is vital the Oilers make the postseason someday soon.

The Oilers officially signed young Drake Caggiula yesterday, a two-year deal and a real chance at being a bargain. We have discussed the obvious bargain deals on the roster currently (notably Brandon Davidson and Patrick Maroon) and this contract could be another.

Peter Chiarelli says he wouldn’t be surprised if Caggiula makes the team and that is not a surprising take. What he didn’t say is that the young man is a lock for the roster, and that is about how I see it. If Caggiula spends 40 games in the AHL and dominates, calling him up from that point of success would be ideal. If he storms the pre-season and early schedule and forces the Oilers to keep him, even better.

Jim Matheson grabbed the Chiarelli quote I mentioned above, it is a worthwhile article and I would quote it but the timing infringes on my 24-hour rule (I won’t quote anything time stamped 24 hours or less). Expect to see me return to that article tomorrow, but it is recommended reading this morning. 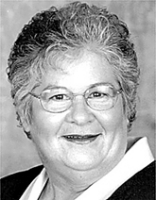 This is my Mom. We lost her about seven years ago and miss her every day. She was one of the funniest people I have ever known and had a grand view of the world. I would give so much to see her today, tell her I love her, and talk about Saskatchewan and her ridiculous gold sofa. If you can drive to your Mom’s house today, or give her a call, consider this a gentle nudge in that general direction. You only get one Mom, you know, and that’s for sure.

I will tell you this story about Mom, but only because she can’t do anything about it now. She worked for BC Tel in the 1950s, downtown Vancouver. She was an overseas operator and loved the job, eventually giving it up to raise her family. Anyway, by the 1970s we moved from Saskatchewan to Edmonton and she went looking for a job.

In the 1970s—to create cubicles—companies would hang giant translucent squares and rectangles of plastic from the ceiling. They were dumb, but people did weird stuff back then. Anyway, it was directly behind her, so she had to avoid running into it when sitting down.

The interview begins. Mom is relaxed, she is building a rapport with the manager interviewing her (they would become good friends) and things are going well. About this time, Mom notices her chair has both wheels and an ability to lean back quite a distance. She is comfortable now, maybe even a little too comfortable.

As things proceed, she adjusts (like you would) to find a better spot. This is beginning to look like her new home, there is a job opening and she is feeling good about her chances.

Mom makes a big adjustment, and a weight shift, and the world is turning quickly. Chair pulls back, leaving her—and now she is in flight! Ass over tea kettle now, she sees a shoe arc toward the ceiling and her head hits that stupid damn panel of translucent plastic behind her. Chair with wheels heads toward the door with a purpose, and Mom lands on the 12th floor of the AGT building with a thud.

Chaos. Bedlam. Are you okay? She got the job. They loved her. We all did. Happy Mother’s Day Mom, hope you don’t mind that I told the story.

The new top 100 hits at 5pm today, slight adjustments and some new names. No real change, although I did tweak some of the goalie rankings. I am fairly certain Carter Hart is the best goalie in the draft, although there is probably someone in Finland’s nether league who will emerge down the line.