On a team with an endless future and miles of memories on the horizon, there are very few stories nearing their end. Matt Hendricks is a throwback in a sea of new beginnings—and he wears it well. (Don’t Let The Darkness). 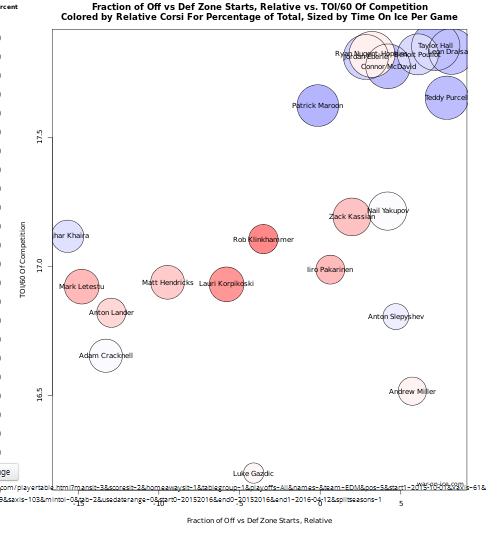 Matt Hendricks shows up in the ‘easier opposition’ portion of the graph, and of course the zone starts (among those that started from a face-off) skewed to the defensive end.

OILERS SEND DOWN SLEPYSHEV, POULIOT AND HENDRICKS LIKELY TO PLAY

RE 15-16 GRIFFIN REINHART: TO LOVE SOMEBODY