There is a wide gap of opinion about Darnell Nurse and his future with the Edmonton Oilers. Some are encouraged by his rookie season, others believe it was an uneven freshman campaign, while others believe there should be real doubt about his ability to play a top 4D role in the NHL—ever. What is the answer? Can we even tell from here? (It Could Happen To You) 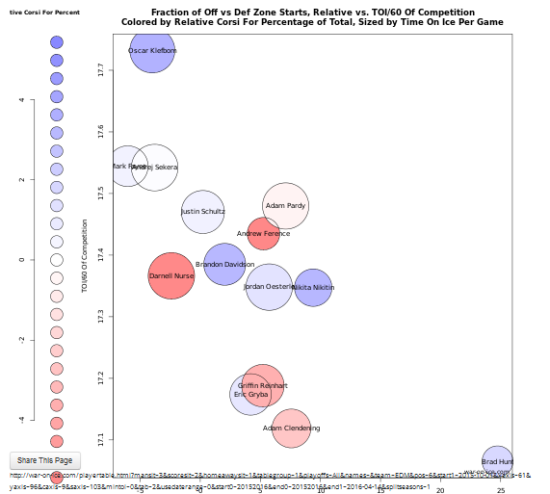 RE 15-16 BRANDON DAVIDSON: HEAD OVER HEELS