If you want a cheat sheet for the 2016 Entry Draft, grab the invite list for the NHL combine. Last season, over 100 names were on the list and the following men were not drafted: Kameron Kielly, Justin Lemcke, Hayden McCool, Brett McKenzie, Nathan Noel, Tyler Soy. That means 94 percent of the names invited were drafted by NHL teams. Here is this year’s list, there are a lot of names who do not appear on my list. 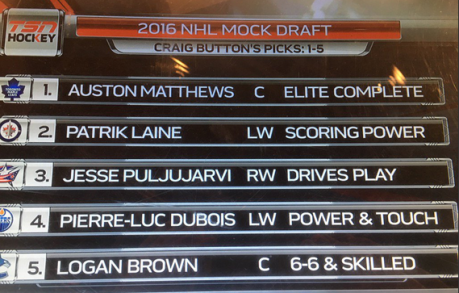