Don’t tell Adam Clendening, but we have seen him before. If you are of a certain vintage, then the Adam Clendening’s have really piled up over the years. These players—the fringe types—are a big part of why I am a fan of sports. Oh sure, I love the brilliants and the supernovas, but the everyman who must work harder, pray harder, sweat more—bleed more—well, that is where the real human moments happen on an NHL team. (Pulling Me Through) 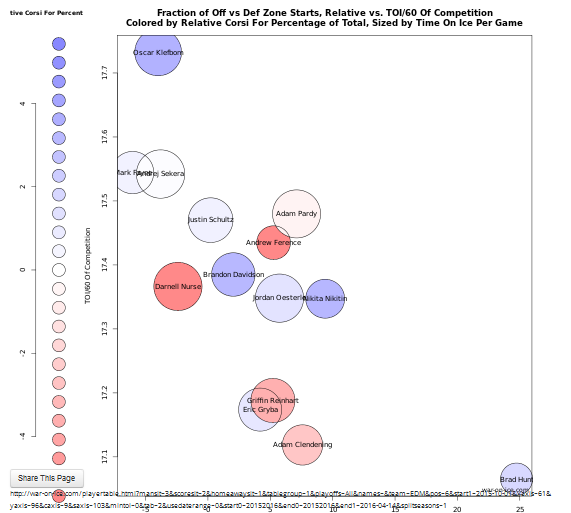 Clendening appears in the area we might call the Soft Parade, although not quite as soft as the still pond Brad Hunt lived in. He scored well at 5×5 in his games, but the possession numbers were a concern.

RE 15-16 LAURI KORPIKOSKI: TILL I GAIN CONTROL AGAIN