The Edmonton Oilers received another brilliant stroke of luck at the draft table yesterday, as the Columbus Blue Jackets selected out of order—leaving a rambunctious Finn available at No. 4 overall. Welcome Jesse Puljujarvi. Music!

"We had discussions about moving down but then we got a sense Puljujarvi might fall so we backed off." Chiarelli. #Oilers

We can frame this as one of the things that a franchise gets with a veteran GM, or as blind luck. No matter. The skating concerns of Keith’s boy, the lottery miss, all water under the bridge on this morning.

God I love Finns. Why did he fall? Do not know. He did suffer an injury, but reports have him being fine by TC. Puljujarvi is a huge talent, and we have some inside info via Swedish Poster and the comments section from last night:

A bunch of my first round is still available, and I think Tyler Benson will be an Oiler by the time your first cup of coffee is finished this morning. Here are the men still on the draft board from my 150 list:

OILERS PROJECTED PICKS AFTER DAY ONE

I have two defenders listed here, but suspect it will be Ursa Major and Ursa Minor—a Hamonic and a Dan Boyle. The RHC could end up being a RW, I have Leon moving betwixt C and R but a RW added means Leon stays at pivot. The backup goalie could be handled in the coming weeks.

The restocking of the shelves is a big item for this weekend and should not be overlooked. I will have a new top 20 on Sunday morning, but the list needs help. If you are interested, I also posted about prospect trade value—Chiarelli may offload some of these chaps over the weekend, especially a LHD or two. 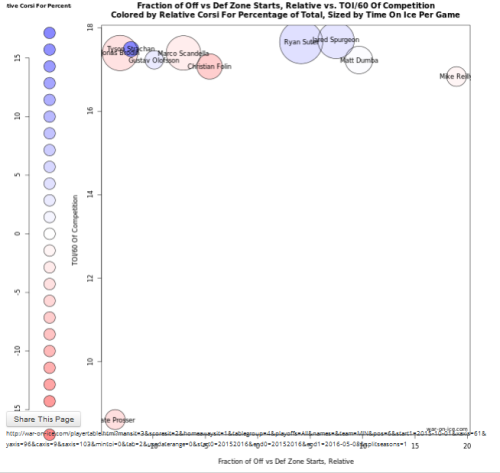 The first pick should be made just after 8:30 Edmonton time, I will have a post shortly after on the latest Oiler.

WHAT A WONDERFUL WORLD