By this time next week, Edmonton’s skill lines for 2016-17 may be populated by two actual giants. For some reason that God only knows (well, God and Jarmo), Edmonton received the mannish boy Jesse Puljujarvi at the draft—and may grab another giant exactly seven days later. Free agency doesn’t hit until Friday, but a good guess has Edmonton in the mix for Milan Lucic—with an incumbent LW heading out of town, possibly for defensive help.

Now that Milan Lucic is technically on open market, I expect EDM to have significant interest in him and he will have interest in EDM.

I know many Oilers fans are not high on this idea and for me there is every chance the Oilers slide out of the Lucic conversation early. It sounds like free-agent prices at the top end are going to be nutty—and Chiarelli must keep his options open for that big contract 97 will be signing next year. Still, when it comes it comes to Lucic rumors, seems the entire town’s eyes have a mist from the smoke of a distant fire.

Jesse Puljujarvi is a physically mature teenager and he romped against competition near his own age in 2015-16. The young man played in the Sm-Liiga but the TOI and feature offensive roles went to others. His boxcars and NHLE do not suggest a tremendous offensive season should be expected, but the equivalency does not take into account that we are dealing with a gifted youngster. We have (or I have found) very little info on his Sm-Liiga season—although he did go 16, 4-4-8 at the start of the season with 14:38 a night. That works out to 2.05 points-per-60 if my addiator is working.

The Oilers do have the option of sending him to Bakersfield for part or all of the year—and that would also help the bonus issue—so there are options. Could he score 20 goals next season? Will he play 30 games in Bakersfield?

This could be a helluva life line for Lauri Korpikoski. The veteran winger is a possession demon (the bad kind) but Edmonton might be tempted to keep him around for the year. Coach McLellan certainly used him in lots of situations. Iiro Pakarinen may also benefit, but I have never felt his job was in any jeopardy.

One of the fun things I do every year (for me, at least) is go back and see what players passed through the draft from my list. As I have a very specific list, it usually goes off the rails in the 40s, and this year followed form:

A year ago, the the top five players who were in my top 100 and not drafted:

Two names from last year went this time around, and we may see that happen again in 2016. Edmonton drafted Finns by the dozen on the weekend, shame they could not find a spot for that goaler.

Interesting rankings from both men and (as was the case last season) Button and the Oilers seem to have agreed on a lot during this draft. In fact, Button has Dylan Wells—the subject of much conversation among Oilers fans—inside his top 100. He liked Stampede Rasanen, too.

Most of the Oilers RFAs for this summer have been signed, but there are a few decisions to be made:

Peter Chiarelli was not here on the day David Musil was drafted, but he did claim Adam Clendening on waivers. No idea what that means, but we will find out today. The Oilers are at 40 contracts with one slider (Caleb Jones), so adding all five RFAs would put the team at 44 contracts—a very manageable total. Pakarinen is a lock to stay, the others are in limbo this morning.

Teams have to decide all across the NHL today, about who to qualify and who to walk—or trade. Among the players who might have interest to the Oilers: 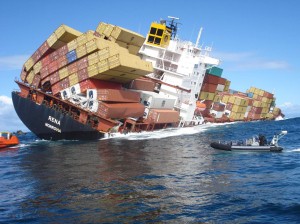 Hall, Nuge and Ebs have been the face of the Oilers for a long time, and I sincerely hope all three men are back in action this fall. Peter Chiarelli will have a good idea about Milan Lucic and Jason Demers by now, and I think we have a reasonable idea about how this might turn out.

I know. I know you do not like it. It is noxious, acidic, unacceptable. You know what? I hate it, too. You know what else? That is closer to the balance photo than what the Oilers have deployed since 2006 summer. Seriously. Brace yourself, I think this could turn out in a way that is going to hurt like hell.

*I am using Subban as an example, not suggesting he is the target. I honestly do not know the target, but if the fall back is Jason Demers we have to be talking about a Subban, Shattenkirk, Hamonic calibre option.