We are now in the dog days of summer, with news arriving by dog sled and stories of little note (David Musil signing imminent! Could be Oesterle-level!) being blown out of proportion. Senators and Rangers fans received a fabulous bit of news to discuss yesterday, perhaps Oilers fans will get something to discuss today or in the near future. What news would you most like to see this week? Oscar Klefbom gets a clean bill of health? We won’t know until training camp, but that is the kind of news we could all use this week. 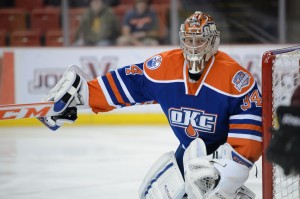 Seven men from the 2010 rookie roster made the NHL at a good level, including No. 1 overall Taylor Hall. The 2016 (projected) group includes two players who should become significant NHL players (Jesse Puljujarvi, Darnell Nurse). Are there seven players? Who is the Jeff Petry in this group?

There are a group of people I count as being vital to the way I approach this blog and think about team building/decision making. Some you know, some you don’t and some only get in touch when I post something so outrageous they feel a need to re-set my meds. I appreciate all of them.

To almost a man, my group of advisors believe the rookie season by Darnell Nurse was devastating to projecting him as an impactful NHL top 4D. I will tell you these are reasonable men, not prone to hyperbole or illogical bias (my blog displays far more of both).

Nurse was struggling in the first 11 games, but the possession number was in the range of what you might expect from a 20-year old rookie, and he had three points in the first 11 games. How much of Nurse’s final 57 games are about the player, and how much is about the position he was playing on the depth chart? I will have G Money and Woodguy on the Lowdown Thursday morning between 10 and 11, and this is one of the questions I have for these gentlemen. Can WoodMoney suss out complicated rookie seasons?

This is an interesting idea, as Edmonton would acquire a RHD and (apparently) a winger of value via free agency. Fascinating idea. I have no real opinion on the deal (no idea if this is an actual possibility), but let’s run the numbers for each player.

I have no source to suggest this deal is imminent or has even been discussed. That said, this is a deal (especially if picks are involved for Edmonton) that Peter Chiarelli should consider. I am not anti-Yak (despite many of you expressing that sentiment) but the idea of getting a young Petrovic has real appeal—and Pirri is a suitable replacement for Yakupov.

As for Florida, the return seems slight—although perhaps they are looking at that 6.3 shooting percentage and figuring the Russian can get 200 shots and 20 goals in a normal year. We are in the dog days of summer, the rumor may or may not be true. Interesting discussion, though.

102 Responses to "HOT FUN IN THE SUMMERTIME"