The Edmonton Oilers moved seven players from the roster today, and in doing so freed up more space on the 50-man list. Although we are some time from the interesting cuts in camp, it is worth noting the quick dispatch for these youngsters at Oilers camp this year. 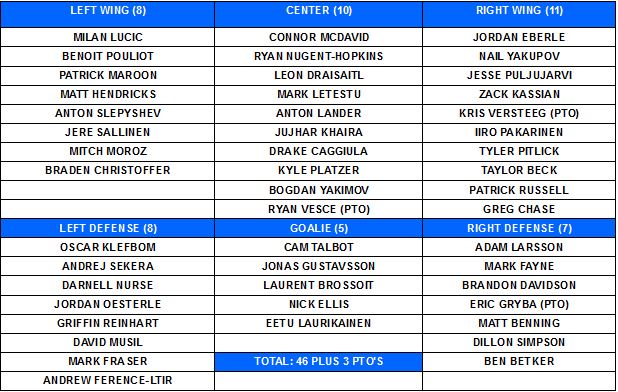 I cannot tell you the number of Oilers fans who have told me they are looking forward to Lucic beating the hell out of this or that guy. Have said this before, but the thing about Lucic is that he can actually play. Really good passer, has a good sense of the game and where the puck is headed and he can separate player from puck and make an effective pass in real time. Important to remember that when discussing Lucic and what he brings.

IS A CENTER EMERGING?

One of the things the Oilers are looking for is a useful center who can slide into 3C when Leon is needed to load up the top two lines. I think Drake Caggiula has a chance to be that player. He looked good in a feature role last night and he can also play wing—meaning there are more roles he could play on the team. Anton Lander, Jujhar Khaira, Ryan Vesce and Jere Sallinen appear to be in the picture and it is a crowded house as we speak. Miles to go, but Caggiula had some good looks last night for sure.