There are 41 (one more than normal) prospects of note in and around the Oilers system who are worthy of mention this winter. In December 2015, the Top 20 consisted of  two goalies, eight forwards and 10 defensemen. This year, the Top 20 houses three goalies, nine defensemen and eight forwards.

I see this year’s top 20 as five different levels:

The group 21-30 includes four Bakersfield Condors, players I would love to have listed earlier but their performance this year made it impossible. We also have some collegians, Europeans—but the CHL kids are already gone. 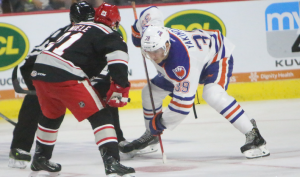