The job of goaltender is wildly unfair. In my town, the kid who played goalie was both loved and maligned, loved because when he stopped pucks the town team won—and maligned when he didn’t stop anything. The only thing worse than being the goalie? The time one of the forwards ripped a shot off the back of the goalie (Kenny Meier was the goalie) during warmup and the stopper landed in a heap, unable to play. Now who is going to play net? My goodness that shooter was unpopular, I think he went to school in Lashburn after that incident. (I kid, but barely).

Goaltenders at the NHL level generally have an established level of ability. When they don’t play a lot, and are struggling, or done, it makes for some very uneasy and sleepless nights. I have all kinds of time for Jonas Gustavsson today, he was in a tough spot and it did not go well. I am honestly less patient with the general manager, today.

Maybe he got some of that advanced statery that doesn’t tell the truth, or maybe he had a feeling it would work or had a plan for that position to cost a certain amount of cap space. Whatever the reason, enough. Fix it now. Make the call. You owe it to your team.

HOW DID THAT GO IN? YEAR OVER YEAR

It was a weird night, from Leon’s reaction to his goal (hilarious) to the fourth goal against (not hilarious) in a night where the team had enough to grab a point despite it being their third game in four nights. It was a successful road trip, but if this team misses the playoffs by a point or two, this is one of the games I will remember as opportunity missed.

The Oilers have been a one line team during much of these 10 games, while going 6-2-2 (and that is a terrific record, despite leaving a point on the table last night).

Milan Lucic has been consistent offensively this year compared to last, although (as we have discussed) the offense is coming from the power play this year. Here are his splits from last year, in terms of boxcars, and what he has posted so far in 2016-17:

One of the things I see quite often about Lucic is that he is being gifted opportunities, with McDavid and on the power play. It took quite a long time for Todd McLellan to move off the McDavid—Lucic tandem, but as a duo they were solid (McDavid scored 5×5 2.19/60 with Lucic, and they were 54.2 Corsi for 5×5 together). McDavid way from Lucic is even better (3.44/60 at 5×5 and a Corsi for 5×5 of 55.2), but I think we can agree it is likely we see them back together at some point in the season. Ebbs and flows folks.

Lucic played with Anze Kopitar much of last season, and should be able to perform well with RNH if he isn’t with McDavid. That said, and we have discussed this before, the big man must improve his 1.09 5×5/60 scoring total. That meager output ranks Lucic No. 277 out of 375 NHL forwards who have played 200 or more minutes.

I am not anti-Lucic, in fact this blog was happy when he signed, and from where I sit the only one that consistently points out things like his strong Corsi with or without McDavid. However, the big man needs to fix the 5×5 scoring. 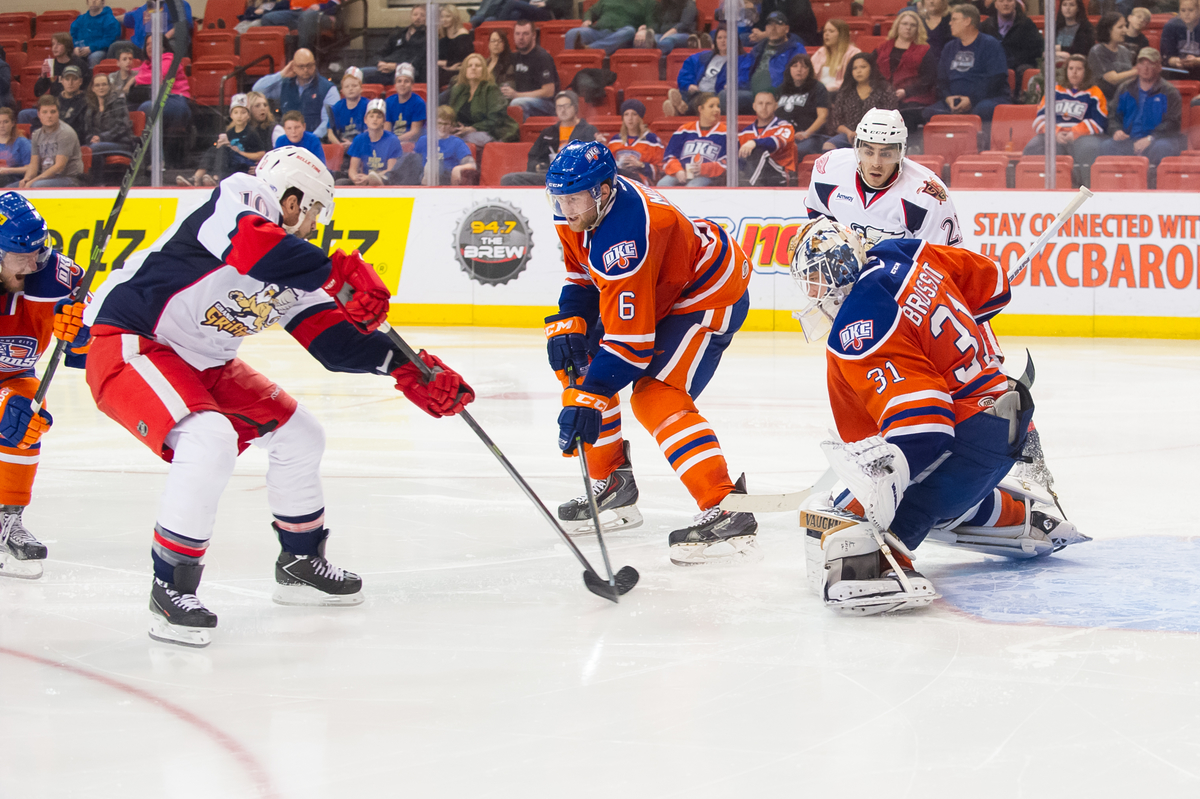 I think we have reached a point where Peter Chiarelli has to address this issue. Surely the only reason to delay it is pure stubbornness by the general manager. The coach rarely plays him, the fans are openly worried on his gameday starts, this is not good. I think Mr. Gustavsson is suffering from not playing, and it is unfair to send him out there once a month to be fed to the lions. We can never really know if a coach and general manager disagree on specific things, but the backup goalie handling has been mighty curious this year.

In the meantime, bringing up Laurent Brossoit makes sense to me. He has struggled lately, but the sheer number of AHL sorties flown by this player (114 AHL games) makes him qualified to be the backup goalie. Give the AHL net to Gustavsson and Nick Ellis until the deadline, and give some starts to Brossoit as required until a replacement can be found.

A full boat on the show today, as everyone gets rolling after the Christmas holidays. 10 this morning, TSN1260 and scheduled to appear: