This is the moment that changed it all. The exact second fate stepped in and blessed the Edmonton Oilers and its fans. A lot has happened since, and the climb is not over. This morning, we know the feeling of joy combined with relief. This used to be home. It will be again.

Playoffs, bitches! How many of us can see straight? Is that fog or did I have too much to dream last night? (Primal scream here).

RIP THIS JOINT! YEAR OVER YEAR

Last night’s game was done in under three hours and felt like an eternity. This is fact. Can’t blame the Oilers though, they scored four goals but only two counted because because because. We’ve got all summer to suss out the reasons, but we know about the McDavid, we know how important Talbot has been and Leon Draisaitl blossomed into a fine offensive player. That GD (+71 year over year) is a stunner, has to be one of the best turnarounds in recent history.

The Oilers secured a playoff spot last night, capitalizing on a month that (we agreed) looked easier compared to February. It’s one thing to say it, another to deliver. This is a big day. 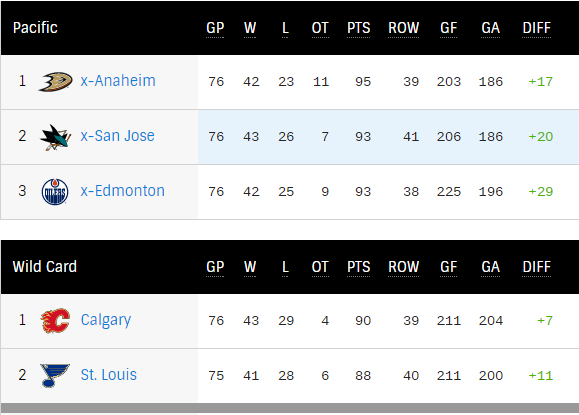 Everyone held serve, and now the Oilers have just one game left in March, tomorrow night against San Jose. Safe to say a win against the Sharks would make it very difficult for Calgary to catch the Oilers (three points up and five to play). Massive week.

this kid's a player. https://t.co/yhajX3TiC3

Lambert is a very smart guy and I trust him and his numbers. This is an interesting signing on all kinds of  levels, including player-type. Gambardella appears to be an aggressive puck hound who scores a lot of his goals by driving to the net. His NHLE is 82, 13-25-38 and I like the way Lambert described this player and his line.

The game Lowell brings to the table every season is hard forechecking and cycling, but few lines have done it to the level of perfection Gambardella, Smith, and Edwardh brought this year. They create so many own-zone turnovers that end up in the back of the net, and leave opposing coaches shaking their heads. Coaches tend to categorize these things as uncharacteristic mistakes, and to some extent that’s true. But the mistakes are very characteristic of what happens when you play the River Hawks.