The Edmonton Oilers rolled through March with workmanlike efficiency. You could argue this is playoff hockey, and March argues it’s working. The criticisms of this team are known and actual, but the formula (McDavid scores, Talbot stops pucks, run out the clock with the lead) is working—for now. This is not a Stanley Cup team, not yet, because the balance and depth have not arrived yet. Those things are for another day, this one should be set aside for enjoyment and reflection. This morning, we can talk about  a 100-point season. Hallelujah!

ROLL AWAY THE STONE, YEAR OVER YEAR

Edmonton has posted nine wins in two different months, January and March. I remain convinced February, and not getting buried during the tough schedule there, was a key to what we are seeing today. There are things we can talk about, like depth and balance, but it’s also true we are seeing a young team mature before our eyes. That’s worth celebrating.

Once they got back from Montreal, these Oilers set their sights and worked efficiently to reach the goal. Now, we can talk about ridiculous possibilities, like 100 points and Pacific Heights. Crazy talk! And yet, we are here. 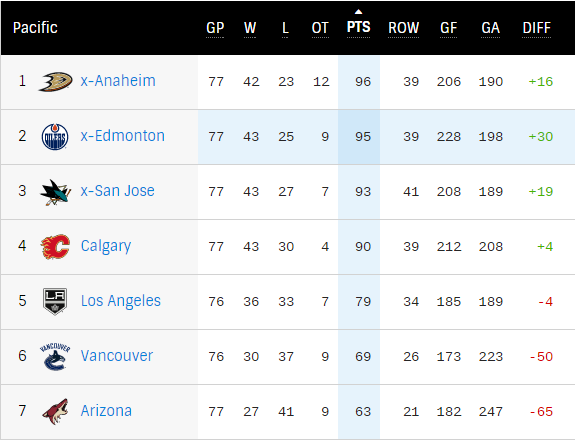 From time to time someone will ask me why my numbers don’t line up with NHL.com. I use hockey-reference because they take out shootout goals and give us the best available year over year comparisons. As you can see, these numbers represent amazing progress year over year. 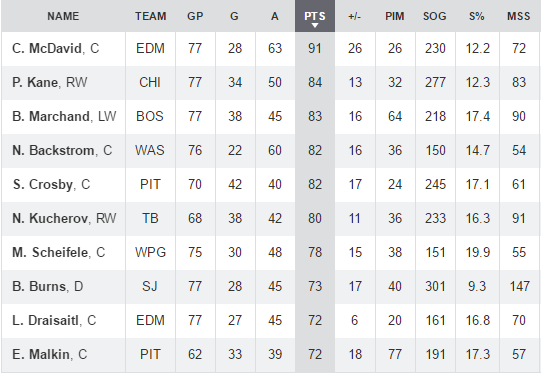 I believe Connor McDavid has earned the Hart Trophy this season. Only two Oilers have previously won (Wayne Gretzky, Mark Messier) the coveted award, and only 99 won the Art Ross previous to this season. A complete look at Oilers player awards over the years is available here.

#Oilers Prospect Caleb Jones has a 4 assist Playoff Game, has 6 points in 4 Games.

Caleb Jones had a massive night for the Portland Winterhawks and could be hanging around awhile in the WHL playoffs. Ethan Bear is putting together an impressive set of boxcars as well, and Ryan Mantha was productive before his club exited the postseason:

What’s more, Dylan Wells has been lights out for Peterborough (4gp, 2.34 .937) as his Petes got past Mantha’s Niagara Ice Dogs.

Based on Bob hints (™) I think we are looking at four (!!!) defenders signed for Bakersfield next season. It sounds like a lot of rookies, but Paigin has pro experience in a good league and that counts for something. Also possible we see one of these fellows spend time in the ECHL, although that sounds like a stretch.

A busy and fun show as we wrap up a very successful week for the Oilers. At 10 this morning, TSN1260. Scheduled to appear:

HOW BLUE CAN YOU GET?