They’re bringing the crazy and we’re going to have to stay close to the Al Gore 24-7, ladies. I think we might be able to sneak a bottle of wine in on Saturday nights, but maybe don’t start until after 8pm. Here’s what we have this morning, beginning with some late afternoon rumors/discussion.

Wildly encouraging. Honestly, this is probably the most important piece of news we’ll get this summer if it turns out to be true (negotiations can go several ways). Getting both men at less than market value represents a fantastic commitment to winning. Seriously. Massive. 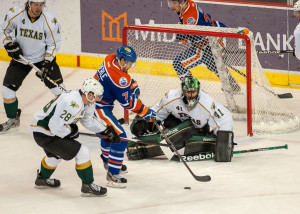 Seems we are getting a slightly different read on things than Peter Chiarelli offered to Pierre Lebrun short days ago.

I don’t believe general managers at this time of year, but the overall thrust of this quote rings true. The clock is ticking, PC needs to find out what kind of value he can get for Eberle now. If it is unsatisfactory, and Eberle’s value is no greater next season, another roster player (Nuge) might have to move. Sticky wicket. Still, you need to get value and the depth chart on RW isn’t strong enough to merely flush 14.

The Dreger quote makes it sound well down the line but he also says there isn’t anything he’s willing to pull the trigger on. The same video mentions Travis Hamonic and Matt Duchene, maybe one of those gents is part of the mix for Edmonton. If you’re asking me to make a prediction based on that six minutes, I’ll guess Eberle goes to the Islanders for Hamonic, and B.D. Gallof seems to be heading in that direction. He tweets Hamonic may be the piece out but that Eberle talk seems to be coming from the Oilers side.

Frank Seravalli’s list is back, with Jordan Eberle No. 6 on the list. Many of the players we have discussed in past days are also on this list. A year ago at the same time, Seravalli put out a list of assets that included RNH (No. 1), Oilers first-round pick (No. 4), Jordan Eberle (No. 12) and Nail Yakupov (No. 18). No Hall on June 2 a year ago. I genuinely think all three Austin’s were available (depending on return) a year ago, that does not seem to be the case this time around. Whatever Ryan Nugent-Hopkins managed last season, the team appears to have decided he’s a keeper. Music!

The NHL invites about 100 of the top ranked players to the combine each years, then interviews, pokes, prods and examines them in all manner possible. The Oilers like the combine, drafting men who attend well past the No. 100 selection. In recent summers, Dylan Wells (No. 123), Ethan Bear (No. 124), Graham McPhee (No. 149) and John Marino (No. 154) have been chosen later than their attendance at the combine would have implied. I’ll be speaking with Jeff Chapman of Copper & Blue this afternoon during SSE, he’s at the combine and will share some cool stories and insight.

Seems to me that we are looking at a lot of rumor over the next week or so, with the possibility of an actual trade taking place in the next seven days. The Islanders, Stars, Panthers and Avalanche appear to be the most likely partners, with names like Hamonic, Strome, Pulock, Eakin, Johns, Honka, Petrovic, Demers, Pysyk, Duchene and Barrie in the mix (and not all of those connected to Edmonton). Here is my list of possible trade assets out:

I know it looks like Eberle today, but last season, at this time, Seravalli didn’t have Taylor Hall on his list. Chiarelli is extremely likely to do what he did a year ago: Read the market, find the deal he feels best fits the organization, and then pulls the trigger. We have heard very little about youngsters being in play. That would be my expectation in the coming days. Las Vegas will need young players and Edmonton has plenty to offer, including (as listed above) Jones, Slepyshev and Khaira. Any major trade with a building team probably involves the Finn. I hope, and very much believe, the big transaction of summer will fall well short of that kind of ask. We wait.