Peter Chiarelli made a helluva trade to acquire Zack Kassian in 2015 and he followed it up with a terrific contract for the big man today. Kassian signed a three-year deal worth a total of $5.85M, making the cap hit $1.95 million per season. That represents a nice saving off some estimates (I thought it might take $2.2 million) and helps the cap crunch while securing Kassian through the end of the decade.

Kassian scored goals that didn’t count a lot this past season, suspect he could have landed with 12-15 with even normal luck. We talk often about value contracts on this blog, I think Kassian’s new deal has an excellent chance to be one next season. In fact, I’ll list Connor McDavid, Patrick Maroon, Matt Benning and Anton Slepyshev as locks for this category, along with Kassian. That’s five. Oilers need Drake Caggiula, Darnell Nurse and or Jesse Puljujarvi to emerge as value deals. 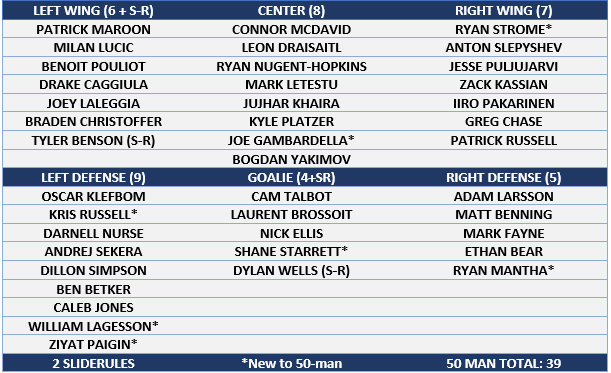 Tomorrow: I’ll run the numbers with Kassian in the fold and we’ll talk about the most recent rumors, including Gryba and Spencer Foo.

A QUICK TRIP TO REASONABLE

A BIG RED BEACON, A FLAG AND A MAN ON A RAIL

Burning Down the House