We are coming up on August, a time when hockey news slows down to a crawl. Oilers fans have the Leon signing to look forward to but the rest of the summer’s business is down. Edmonton’s hockey team has made some moves in previous Augusts:

Maybe we see another massive deal this coming month, and I think a Leon Draisaitl 8-year deal would qualify. Either way, I think you’ll agree the news was cold in July, free agency lacked a ‘wow’ moment despite two very interesting moves and the big trade of summer always comes last week of June.

Justin Fontaine agreed to terms with Dynamo Minsk of the #KHL

Fontaine played three full seasons with the Minnesota Wild, they walked him, and he never got back to the NHL. You don’t often see that in any era, but at age 29, with everyone busting a move now that the NHL teams are finalizing things, Fontaine went for the sure thing. Not a man alive can blame him.

Yamamoto is probably going to need to wait one year before pushing for NHL employment, but his skill level compared to the other RW hopefuls is going to have a reckoning. Yamamoto isn’t that much younger than Jesse Puljujarvi and he’s going to be small next year too. I’m saying there’s a chance.

JP, ANTON AND THE DRAKE

Later today I’ll publish the first of three RE’s from these young men, kept waiting and hoping for another shoe to drop. Peter Chiarelli’s actions this summer, cap room through transactions, lead us to one unavoidable conclusion: He believes all three of these men will be productive NHL players. There’s simply no other opinion that can be drawn. Peter Chiarelli is holding back some or all of JP’s bonus money because he believes there is a chance he’ll make those totals. Otherwise, we’d be looking at more than just TC invites that are going to cost no more than $2 million.

This must be the place Peter Chiarelli is in currently, thinking that he’ll make damn good and certain there will be no cap overage in the coming snow. It’s an extremely conservative way to go, I mean the chances of Puljujarvi getting max bonus in his first full season isn’t high. Then again, McDavid. 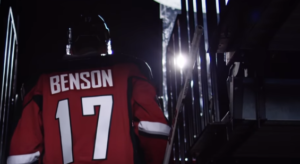 Benson has the resume, but the injuries have already cost him precious development time. It is imperative he gets a full WHL season and is productive.

Crazy Horse: Live at the Fillmore

55 Responses to "COLD IN JULY"