Sam Gagner was drafted in the early summer of 2007 and spent part of the next month on skates (Canada-Russia series) impressing his new bosses. By the time he arrived at training camp, he was a big story in a city that badly needed one. Samwise made the team, started the year 12, 1-6-7 in October of 2007. On an unrelated note, Kailer Yamamoto is showing well at the 2017 World Junior Summer Showcase.

Yes, sort of. Kailer Yamamoto plays RW and the position is uncertain at this time, so there’s a window of opportunity. That said, Edmonton has some interesting options and Yamamoto will turn 19 in late September. He is 5.08, 148 and has ridiculous skill. I have not included him in my RE but would not be shocked to see him in nine NHL games to start the season. Yamamoto and Phil Kemp made the final USA Roster.

Do you think the Oilers 2018 first-rounder is on this list? Will the Oilers pick a player in the first 31 next summer, or deal that pick at the deadline?

That was an amazing day. I know it ended badly, but the one year of Pronger was so beautiful. The Rake calmed the river and gave fans designated bathroom breaks (he and Michael Peca wouldn’t let anything bad happen, so a quick run to the can was easily manageable). I still miss him. 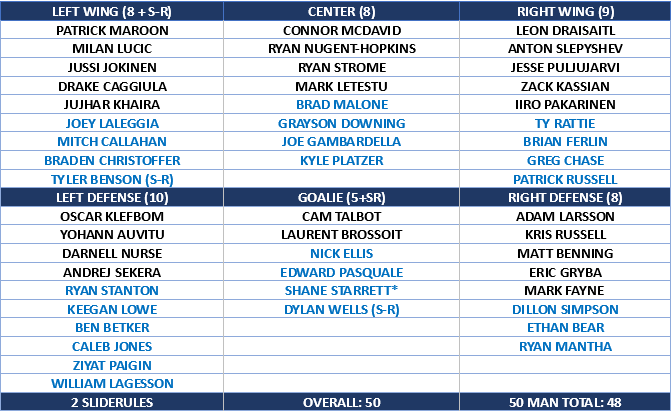 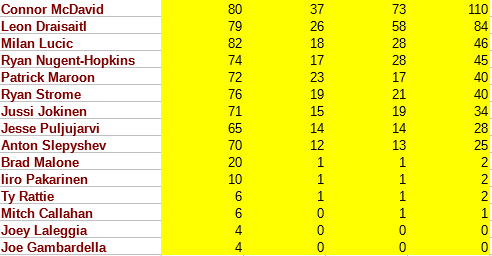 The top seven forwards will get the bulk of the overall playing time based on my estimates. The push in my model goes to Strome, he’ll receive (imo) plenty of time with 97 and on a soft minutes line. I also project Strome to receive significant PP time, over the likes of Mark Letestu, Jesse Puljujarvi and Anton Slepyshev. There are four forwards to come, I’ll wrap that group up on Saturday and we’ll start the defensemen (there are 12 D) next week. Hoping to wrap up the entire RE series by the end of August.

40 Responses to "DAYS OF FUTURE PASSED"