Drake Caggiula signed with the Edmonton Oilers in the spring of 2016, with the team on the upswing and in need of fast forwards with skill. His rookie pro season was a success, as he avoided the minors and improved as the season wore along. As he enters his second season, Todd McLellan knows he has a player with impressive utility and range. The question for Caggiula surrounds deployment. Where will he play? (All My Life). 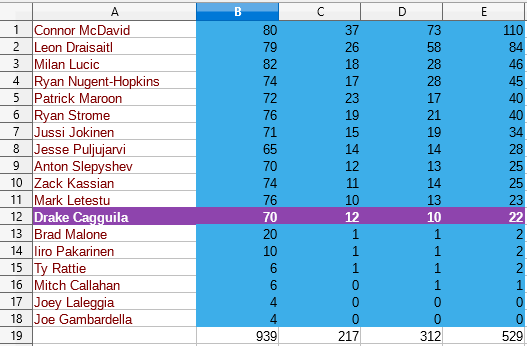 We have one forward to go in my RE. Last year’s Oilers forwards played 984 games (that is the correct number btw) and scored 208 goals, 295 assists. Final forward tomorrow.