Back when I spent too much time on baseball (this was before and after I spent too much time on hockey) there would be a mountain of time spend on ‘splits’ for each player. You know, a young position player can sometimes improve his strikeout/walk ratio and see a spike in power in the last 40 games of a season. Pitchers can settle in too, and if you’re in a roto or fantasy league you can steal players. Watch for a pitcher who maybe got some spot starts and is 23 or 24. In the league of misfits I was in, finesse pitchers had low value, so maybe try to avoid the famous arms. If there is a pitcher no one notices getting 3/1 k/w ratio, grab that guy. There’s a mlb pitcher named Asher Wojciechowski who is 28 and has a k/w of 51/9. His father may or may not have worked with Barney Miller, and he might be too old to have a career, but that’s a strikeout to walk ratio worth paying attention to in the next year or two.

Splits in hockey don’t give us the same kind of results, mostly (in my opinion) because of variations in usage. In baseball, you get your at-bats, but in hockey playing time can be used in very different and undemocratic ways. Here are some hockey splits, let’s see what we can see. 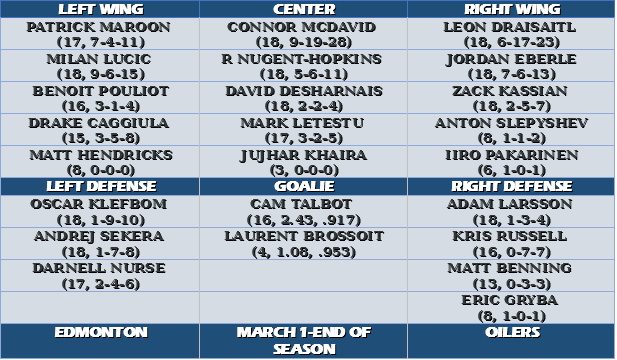 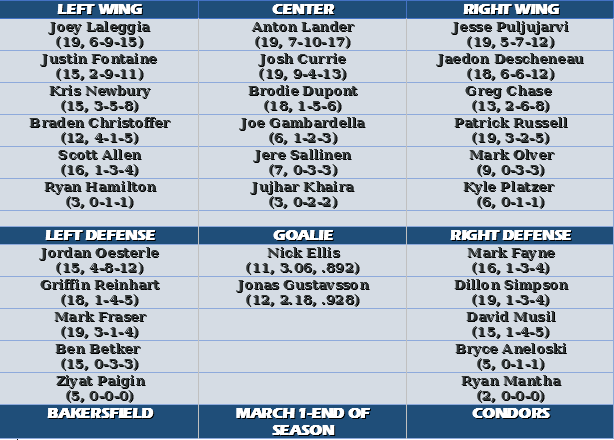 The deadline for college players to sign with their drafting teams has come and gone, meaning there are a stack of free agents on the loose for NHL teams. Edmonton’s 50-man list is very tight, suggesting the odds of signing one of the available kids is not high. Butcher is in the hockey news currently, from a Mike Chambers article in The Denver Post to every blog going figuring out where Butcher is heading. I wrote about the free agents here for ON, and wanted to drill down a little more on Butcher.

His NHLE (82gp, 5-24-29) is pretty strong and he is a mobile defender known for passing ability. Ryan Lambert wrote about him here and if the Oilers signed him my guess would be Butcher would be a feature player in Bakersfield to begin his pro career. 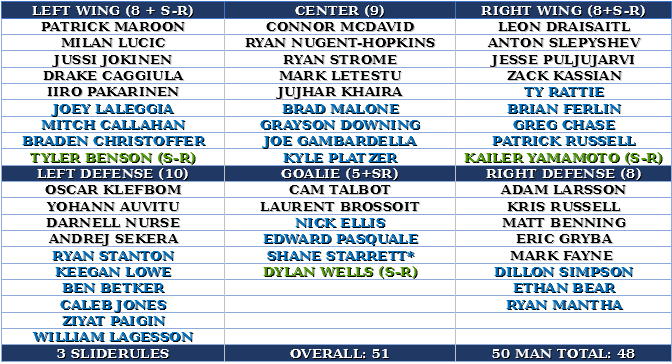 54 Responses to "DOING THE SPLITS"