Stuart Skinner is just getting started and has many miles to go but his first game in an Edmonton Oilers’ uniform was outstanding. He stopped all 26 shots that got through and one of those saves was among the best I’ve seen. As debuts in rookie tournaments go, this was a home run for the young goalie. A fine first impression.

Once again these three men were all around the puck and getting results. Gambardella (1-1-2) had about six fantastic chances in the two games, finally getting an empty net goal to close out the scoring. Chad Butcher scored again and is now 2gp, 3-1-4 for the tournament. He is signed to an AHL deal and pushing for more. Kirill Maksimov had an assist and is now 2gp, 1-2-3 for this rookie series. All three men have helped their cause this weekend.

Polei continues to impress, played a little center and showed some grit. He and Butcher are going to be interesting follows in Bakersfield. Szypula has speed, skill and he’s a game rooster, liked him. Trey Fix-Wolansky has been quiet through the first two games and my guess is he gets the college game back in Edmonton before heading to the Oil Kings.

Pawlenchuk has good wheels, damned near scored on a breakaway and made himself useful. Koch has really impressed me (2gp, 0-3-3) in the tournament so far. Brandon Saigeon has also shown well, I like his speed and passing.

Coleman scored the opening (and winning) goal on the night, he showed well. Bauer has been useful without getting a lot done offensively, Owre can be given the same grade. This line did a lot of hard work, skated miles to cut off passing lanes and interrupt progress.

Impressive pairing, both men played a lot in prominent roles and looked good to my eye. Bear looked looser and more mobile, while retaining the passing ability. Power play needs work but these guys are all new to each other. Lagesson, as I said Friday night at ON, can play defense.

I’m really impressed with Samorukov, the only thing lacking is age and experience. Nice wheels, he makes good decisions and recovers quickly. Khaira handled the physical side of the game well and moved the puck capably.

They played quite a lot, Schioler had a quiet game (that’s good) and Strand was solid to spectacular (made an outstanding recovery on a partial breakaway). Neither man is a strong puck passer but they got by.

Skinner was the star of the game, with several impressive saves and one all world stop I’ll remember a long time. If that’s it for him at this camp, he has announced his presence with authority. 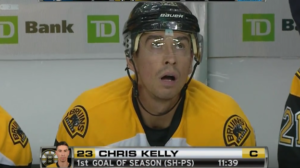 We’ll get the training camp roster in the next few days, most of the kids playing at the rookie camp will be heading back to their junior or (Canadian college) teams. Here’s a quick glance at the potential list as I see it.

WAITING FOR THE SKY TO FALL

There are other players who could get an invite to main camp depending on injury issues and other considerations. Here’s a list.

THE HITCHHIKERS’ GUIDE TO THE ROOKIE CAMP

NUMBERS ADD UP TO NOTHING