The more I look at the current Oilers roster, the more I’m convinced this thing could go any number of ways. Peter Chiarelli appears to have set up the roster like a giant chessboard (checkers for the anti-PC crew) and a lot depends on the teenage forward. Today’s move (Slepyshev to Bakersfield, there are others at the minor league level) means the Oilers will begin the season with 22 men (23 is the max) and save a few shekels toward the cap. 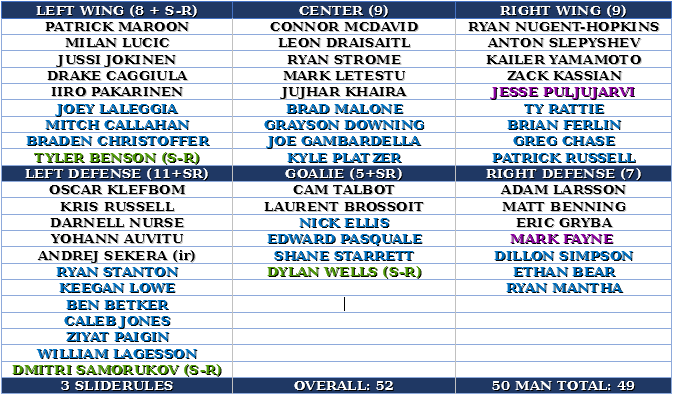