What you don’t know (unless you were there) is that much of 1960’s HNIC viewing involved “getting a good picture” for the game. In places where there was no cable, which meant every place I lived, you had “rabbit ears” on the t.v. and or an odd looking antennae on the roof. This would lead to some hilarious moments. I well remember walking into my Grandma’s living room and hearing “STOP! STAND RIGHT THERE!” because the fuzz on the television gave a slightly better outline of Davey Keon as he moved up ice.

If the Leafs were on and Grandma had time for the game, things could get dicey. In winter, the antennae on the roof was a tad moody, meaning Grandpa would have to climb on the roof (in winter!) and adjust. This would lead to dangerous conversations with tempers, spills from the roof (into snow) and one million “I KNOW MARY!” rage screams. The things about the past that stay with you, all because my Aunt wanted to see Jim McKenny. 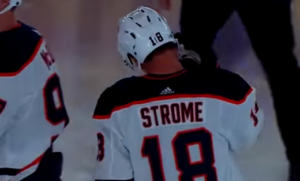 It seems like years since we’ve been here. The NHL helps women and men who live in the ice and snow keep time with the long march to spring. If I suggest G72 in any given season, and ask for a forecast, chances are anyone reading this would describe March in Alberta—anything from blizzard conditions to a false spring. Long pauses, like the one we just had, are irritating, like the times when we were kids and the bike chain would catch, almost correct, and then fall off the sprocket—thus requiring dismount and tedious (and filthy) minutes of repair. This week in Edmonton, we all got our sprockets in a knot because the town team wasn’t playing, and then we found out Leon’s got some ills. It’s a hard way when you find out the trouble is real.

There’s nothing here that should send you to the rooftops, but after ten years of ‘money ran out and the engine blew’ I guess we can make allowances for feverish behavior. I was surprised by some reaction to Leon’s injury, not sure we should ever take eye injuries lightly at any time. Turns out there was even concussion talk and now we wait and worry.

WHAT TO EXPECT IN OCTOBER

The Oilers are on pace for 10 points in 10 October games, I projected 12 so the early record can easily be righted with a win tonight and then another four points (three games) in the coming week. The injury to Leon, added to Andrej Sekera’s being out, has the Oilers’ roster thin in some very important places just as the schedule begins to get busy. I think Todd McLellan will look to his veterans. 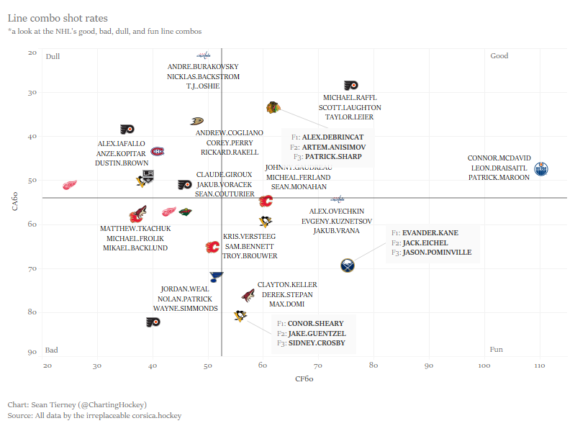 Sean Tierney does fantastic work (lots of it here) and he often tweets the best stuff you’ll read in a specific day about the NHL as a whole and (sometimes)the Oilers specifically. The McDavid line is going to miss Leon until he returns, important not to lose too much of the edge 97 should naturally bring. Tierney is an example of the great works you can find on twitter.