On  a day when the Oilers reclaimed former Oklahoma City Barons defender Brandon Davidson, and the day after former Condor Jujhar Khaira scored a big goal, it’s fitting we end the day talking about the minor league team. So far this season, Bakersfield delivered Jesse Puljujarvi, Anton Slepyshev and Nick Ellis north to Edmonton, how many true “prospects” are left in California? 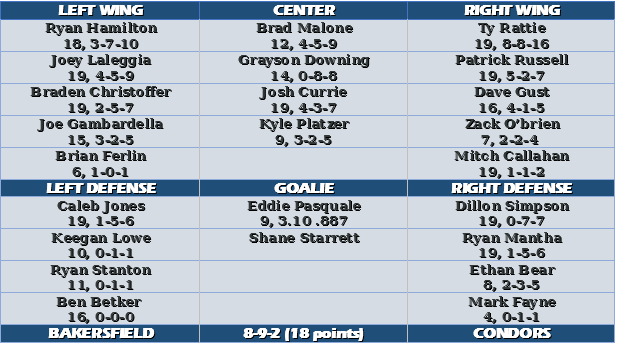 It’s an interesting group, led by a promising trio of new pro defensemen (Bear, Jones, Mantha) but there’s lots of AHL veterans driving the results in Bakersfield. Earlier this month, I completed my “Winter Top 20” over at The Athletic, with Bear, Jones, Ellis, Simpson and Mantha the only Condors on the list. Rattie and Laleggia narrowly missed making the list and I did consider Kyle Platzer and Joe Gambardella.

There could be someone on this roster who emerges, a Brian Ferlin or a Grayson Downing. That said, the kids on the farm worth paying attention to right now are all defensemen.