With only fear and good judgement holding us back, The Edmonton Oilers set out on the northern sea this weekend. The club still has plenty of track this season, but the train needs to turn north in a quick damned hurry. A road trip is a fine idea, not sure the destinations are ideal. Game 29 sees a HNIC early game versus the Habs and Carey Price. Lord have mercy.

Month by month, the song remains the same. No doubt this Oilers team has the talent to pick themselves up, brush themselves off and start all over again. And they could be in contention by the new year if they put the pedal to the metal. This team can’t get motorvatin’ over the hill no way no how, maybe the road trip finds some answers. G3 December 2015 was a 4-2 win over Buffalo, one year later it was a 2-1 OT loss to Minnesota.

AFTER 29, YEAR OVER YEAR

G29 in 2015 was a 4-3 OT win (Taylor Hall) over San Jose and last year a 6-5 loss to the Flyers. Edmonton can’t turn their  season around with a win tonight but they can stop the bleeding for an evening. Small victories are big steps.

I have tonight as a loss, Carey Price is back and Montreal is a different team with him in nets. The Oilers can win tonight, but the last time I saw them wasn’t inspiring. We’ll see.

Puljujarvi has played 11 games now, it’s a good time to compare him to Kailer Yamamoto’s nine-game audition earlier in the year. They are scoring at about the same rate per game, but there are some good indicators for both men.

This is a good set of numbers for Puljujarvi, offensively he’s showing well. I don’t think there’s a lot to worry about in other areas of the game, if he can score anything near 2.00/60 next season (at 20) suspect Edmonton has a good one. 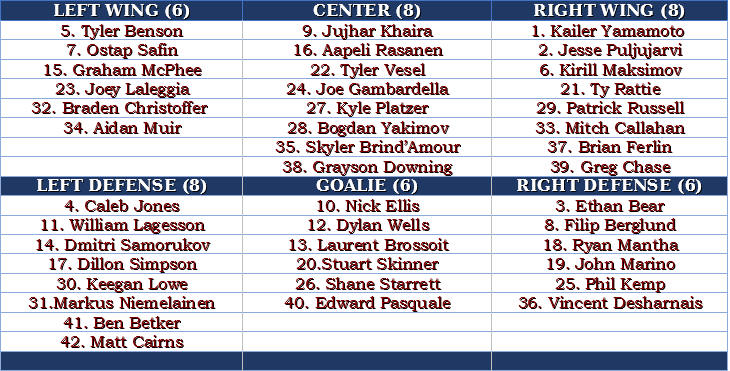 I did the writeups at The Athletic this year but didn’t have room to list all of the prospects. I decided against including Yohann Auvitu (he isn’t going to spend a day in the system) and there are 42 names. 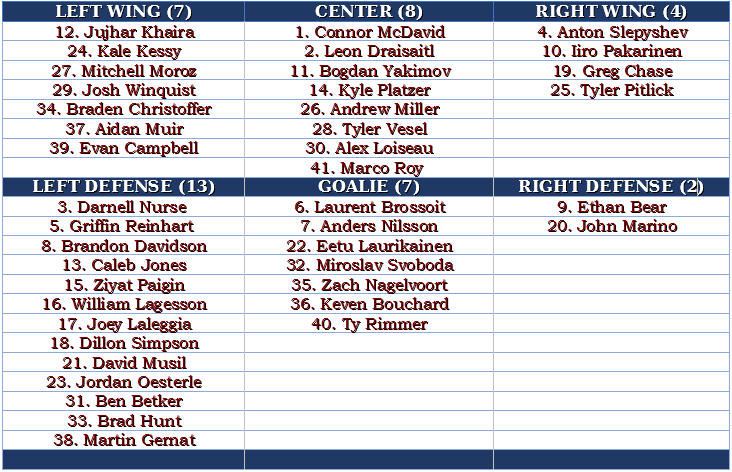 Which list do you like most? Do you think the 2017 list has more depth and balance? Interesting questions. One quick note: I think, sincerely, a more matureorganization would have made more of names like Linus Omark and Magnus Paajarvi. That’s why lingering around Anton Slepyshev (as an example) and giving him extra at-bats is a good idea.