My Chiarelli article is getting some attention this morning, it’s a sincere attempt to frame the fan upset against the organization’s stated plan. Here is an excerpt: 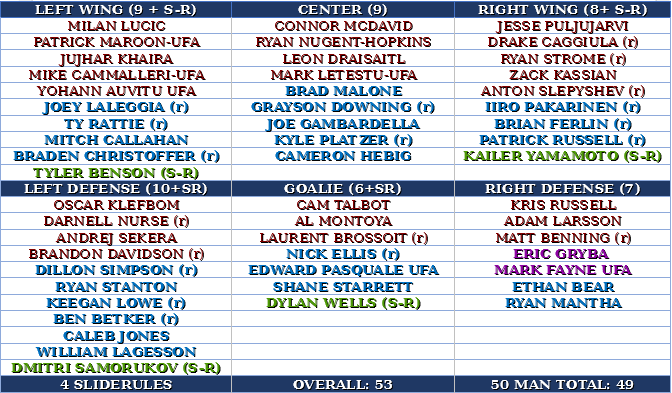 He is an older prospect so there won’t be a kicker in year three. Is he better than Joe Gambardella? I’ve never been certain Edmonton would sign Vesel, but it’s probably worth the roster spot just to see if he can deliver in pro hockey. Rob Vollman’s NHLE estimator has NCHC players retaining 43 percent of their offense. For Vesel, who is 10-14-24 in 26 games, his NHLE is 32.5 points. That’s a fine number.

A Matter of Trust

187 Responses to "Sharp Edge of a Razor"