The deadline is done, the job openings are known to all and now it’s a horse race. This Edmonton Oilers team is so blessed with elite talent, finding the complementary pieces should be easy. That is the lesson of this season, friends. There was a time in this city when we talked about someday, when the best talent in the league would once again wear the blue and orange. We are here. Now that the Aces and Kings are on the roster, the Oilers are stumbling on the sixes and sevens and nines. Time to find some helpers. Starting now.

Amazing recovery from this year’s group in February, final game could give the team more points in February than any other McLellan crew (in two more games than last year’s Oil). This swing through California has been half daredevil, half sunshine. Will we see the same tonight?

AFTER 62, YEAR OVER YEAR

There was always a gigantic opportunity for this year’s Oilers to regress toward something respectable. A win tonight would put this group at 60 points after 63 games. That’s disappointing overall would mark a nice spike in fortunes after Valentine’s Day.

WHAT TO EXPECT FROM FEBRUARY

In the last five games, Edmonton is 4-1-0. That’s a nice little run, wonder if they can keep it going? I think Todd McLellan will coach to win right through the end of the season. Six weeks is a long time to push for wins with no hope of the postseason, though. 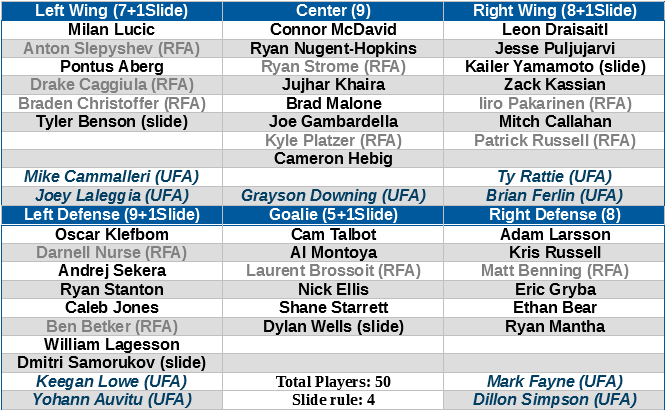 The Oilers have all kinds of room now for waiver pickups through the end of the season. I’ll have an item up at The Athletic today or tomorrow focusing on the members of this list who are bound for moving on. Nine unrestricted and 11 restricted free agents means 40 percent of this roster is vulnerable even before the Nugent-Hopkins and Klefbom trades. I kid. Probably. Possible lines, when all are healthy and available (next fall): 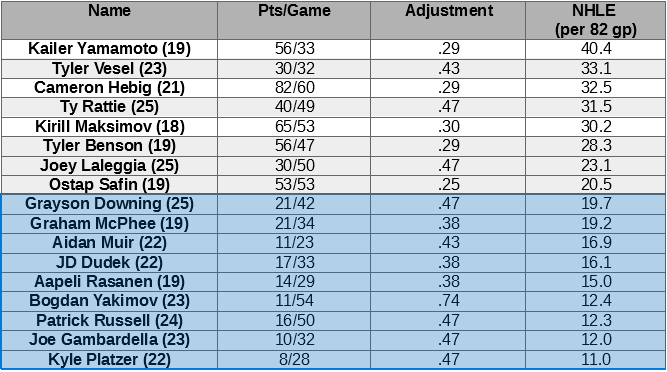 The price on Maroon fell in the waning moments of deadline crunch and that happens. Could Peter Chiarelli have gotten more for him Saturday? Maybe, but it would have been hard to anticipate all of the deals stacked up right at the end. I received a mountain of feedback re: My Maroon article at The Athletic yesterday. Most of it defending the general manager and expressing satisfaction with the return. I felt expecting a first-round selection was unrealistic but a 2019 third rounder (for me) was not enough. From my item at The Athletic: