The Edmonton Oilers had 14 high-danger scoring chances at 5×5 last night, and cashed on a play I would judge to be low danger (assuming a normal human being had the chance). Natural Stat Trick tells us Edmonton ranks No. 3 overall in HDSC’s, with 9.7 at 5×5 per game. As upset as one might be about last night’s game, and it was the 44th loss so you should be used to it by now, this club had their chances.

DID SHE MENTION MY NAME, YEAR OVER YEAR

One game left in the month and it’s still going to represent a healthy chapter compared to the others this year. The Oilers have so many bad habits it’s difficult to pick a favorite. Last night, I noticed many people focusing on coverage, I spent the evening amazed by all of the terrible passes. Vase, vase. It’ll need to be fixed by fall.

AFTER 78, YEAR OVER YEAR

Well, they aren’t going to catch Calgary. However, the Oilers may yet draft inside the top 10 overall. This is a pitiful record if you look at it after a Connor McDavid shift, but full value if you’re peering at the standings during a shift by anyone else. Edmonton cannot handle pressure on its defense, they crumble like, well, crumb cake.

.@cmcdavid97 gets his 41st goal and 103rd point of the season. pic.twitter.com/VS8AtKPZmD

In the words of the great philosopher Blondie “Oh Hoe, Oh Hoe, what are we gonna do?” That was a nothing play. Nothing. Zippo. Nada. Wow. 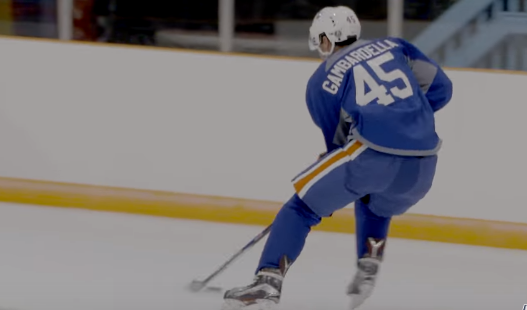 In my piece for The Athletic today, there are lots of interesting tidbits on the entire roster. Joe Gambardella’s season is the most interesting in my opinion, drilling down on his numbers gives one hope for this young man’s future.

RYAN STROME AND NEXT YEAR

I’ve come around on Strome as a No. 3 center and would bring him back next season. In fact, despite appearances, I’m on board with most of the roster returning:

I have just five replacements listed, the problem being the organization must upgrade a gigantic amount and cannot borrow from the current roster. Next stop: Draft lottery.

TOOK HIM MINUTES, TOOK HER NOWHERE