The Edmonton Oilers finished their season schedule against the Calgary Flames with a loss on Saturday night. The final tally (3-2-0) was decidedly unsatisfactory, especially since both March games featured one-goal losses. We can say nothing matters (and what if it did?) but the bottom line is that losing to Calgary on Saturday night is a bitter pill. It’s another ‘wait until next year’ Sunday morning in Edmonton.

The bottom line is that the team got the record deserved and that’s a bad way. If you have peak Connor McDavid and can’t win more than seven of 16 games, what are you?

AFTER 79, YEAR OVER YEAR

This Oilers team has earned four extra points compared to the first Todd McLellan team. The roster erosion isn’t on Todd McLellan, but the deployment is going to get he or members of his stuff into a long and deep conversation in the coming days. We’ll see how this plays out, but at this point my suspicion is that those who are most responsible will not pay the ultimate (hockey) price. We wait.

Turns out I did have this team surrounded (very close prediction) but not in the right order. The goal differential is the distressing part, perhaps if Oscar Klefbom had been able to hang around. 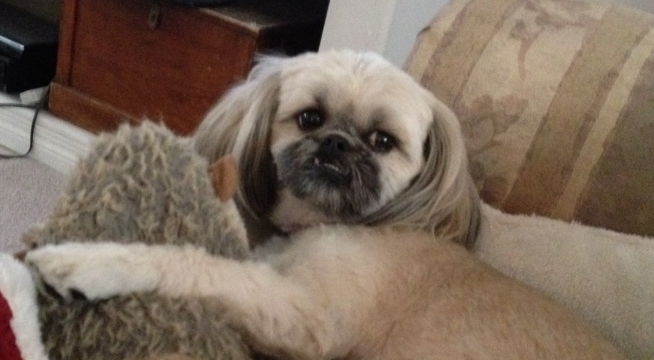 Ziggy is sleeping next to me, hogging the coyote blanket and dreaming of chasing rabbits. We have a bunch of them in the neighbourhood, sometimes there’s one in the backyard when she goes out to walkabout in the morning. Ziggy often looks at the rabbit, the rabbit back, and then the two animals go about their business while being very aware of the other. Sometimes she chases the rabbit but man my girl has no chance. These St. Albert rabbits are damned quick and Ziggy is no coyote. She’s spoiled but in fairness to us she’s a sweetheart. Even my neighbour John, the object of many hours of barking (she can see him in his kitchen, apparently some kind of illegal activity), is fond of her.

The kids are well, working and schooling and finding their way. This Easter they’ve been ripping the crawl space apart in search of games from their collective youth. “Spyrow” and “Sims” and all manner of games they were playing a decade ago (Playstation 2 is the format of choice after all these years).

The parents are well, enjoying life while remaining busy and pretending to be productive. I find myself thinking about the people no longer with us these days, seems lots of things remind me of those individuals lost along the way. Suspect it’s an age thing, at some point, if you live long enough, you run out of your people.

We are blessed in many ways, including a turkey coming out of the oven around 7 tonight (later than Dad wishes because kids are working). We have two kinds of pies (cherry and strawberry rhubarb) on the way, plus dressing and mashed potatoes and two kinds of vegetables plus salad. I look forward to these turkey days so much, partly because we get to take stock and see our kids laughing with friends and enjoying themselves. I never thought it would be so good to be old and boring but that’s where we are today. I wish you the best at Easter and Passover, if you celebrate one or both. I wish you all the best if you celebrate neither. Be good to yourself and each other. I think we need that more than anything right now.

GOAL! Give him the puck! @safinostap from way downtown. #Condors20 pic.twitter.com/CW1GucEhqC

Safin is making a case for turning pro in the fall and the Oilers certainly have room. If we assume all of Kailer Yamamoto, Tyler Benson, Safin and Cooper Marody turn pro, that’s four of 18 wingers (nine for Edmonton, nine for Bakersfield) who will be new hires with some degree of pedigree. If we add these men to the signed wingers for next season, the depth chart looks something like this:

There are any number of RFA and UFA forwards, including Ty Rattie, Anton Slepyshev, Drake Caggiula, Iiro Pakarinen, Mike Cammalleri, Patrick Russell, Braden Christoffer and Brian Ferlin. In a way, this is a very easy problem to identify: The Oilers need skill on the wings. I think the group who will play in Bakersfield next season (from Yamamoto down) is an encouraging group, reflecting the organization’s realization that trading Taylor Hall and Jordan Eberle left the team with real problems in terms of skill on the wing. The issue is how to get skilled men on the NHL roster by fall. That’s a sticky wicket.

Oilers are currently slated to draft No. 8 overall before the lottery, meaning a six percent chance of moving up. The lottery takes place late this month.

?OVERTIME?GAME?WINNER?@kailer_yamamoto wins it for Spokane!

The young man is shooting more in these playoffs, a good sign. I will have “The 100 best players in the 2018 draft” for you on Wednesday. Oilers are going to get a good one in the first round.

Layla and Other Assorted Love Songs