This is important stuff. The 50-man list is like a photograph, it’s a moment frozen in time. We all have our opinions and biases and lord knows framing issues should be an Olympic sport by now if you bunch reflect society as a whole. The 50-man list from a specific time and place never changes, it looks back at you from the distance of time and re-tells its own story. Photographs and memories. (Photo by Rob Ferguson).

50-MAN THE DAY CHIARELLI TOOK OVER 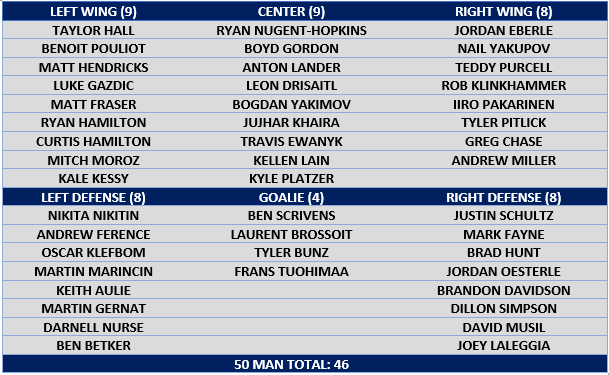 Hearing Mikko Koskinen is leaving SKA and is set to sign in the NHL. Others sources mention #Isles as a destination, but it's unlikely

PROJECTED 50-MAN FOR THE FALL 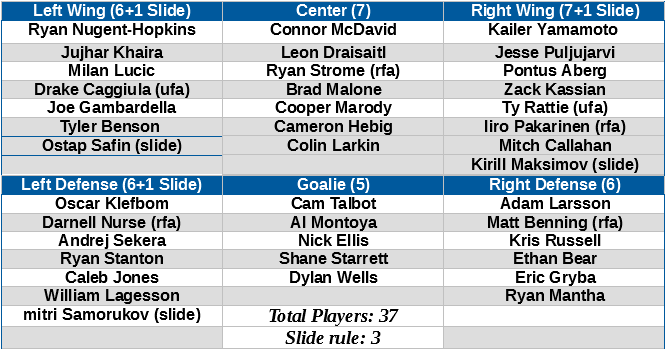 Top NHL draft prospect Oliver Wahlstrom is currently looking at options for next season, which indicates he probably won't be going to Harvard. @JeffCoxSports reported about this in February.

I understand the idea of parsing words, in fact that’s a big part of what we all do as fans and observers of any sports team. I will tell you, in my 38 years of broadcast experience, the idea that the rights holder’s ‘insider’ tips off the fans of an impending release of the general manager is unlikely. Bob is a pro, he isn’t going to get ahead of a massive change in management even if he has knowledge. I’m not trying to protect Bob here (he doesn’t need my help), but if you think about it, whatever well he goes to would dry up in a quick damned hurry if he conducted business this way. On the other hand, if the general manager is staying put, then dropping that as a hint would be very dangerous for the insider. Bob isn’t a fool. For me, the ‘puff of smoke’ comment was at the end of the show and was probably meant as “we’ll see what tomorrow brings”.

WHAT IS GOING ON?

As of this writing, we haven’t received a head’s up for a media avail. That means the Oilers are flying through the 10am opening. Could be noon, 1, 2, 3pm today, or it could be tomorrow. Until this morning, I think a normal human could cobble together a reasonable explanation. Season ends Saturday, McLellan off to Saskatchewan on Sunday and holds his media avail on Monday. The delay (no Sunday window) in discussions means that yesterday (and possibly today) are spent making decisions on assistant coaches, et cetera.

To my mind, if Peter Chiarelli was going to be fired it would have happened by now. Reasons for the delay include the sublime to the ridiculous:

A fluid schedule, as we’re uncertain of that media avail. Scheduled to appear: