We are less than two full weeks from June, the month we expect the Edmonton Oilers to “bring the crazy” and continue the tradition of trading away precious gold for specific pieces of silver. Names we have been discussing for some time are now being used as discussion points by national media and those in other NHL cities. These names (and the No. 10 overall) are being mentioned because they have two things: Value, and a lesser duplicate on the roster. 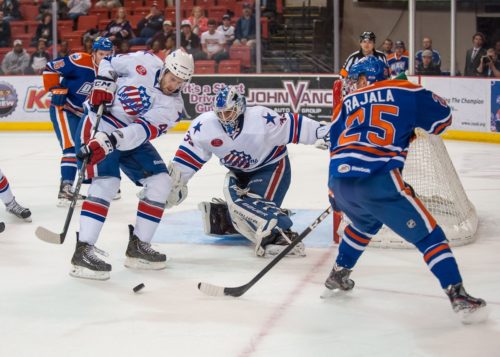 By 2009 I had graduated from “Draft Summary” to “Shoot the Moon” on the Sunday night post of draft weekend, still no Harvest Moon in sight. Seven picks, went like this.

Every once in awhile, I like to give you my personal feelings on the Oilers summer and what a good eight weeks might look like. My personal opinion: This isn’t the season to go crazy with trades, but it would be wise to make one big (and shorter term) move in free agency.

Keep your powder dry, draft your list, see if you can buy short-term free agents who can help you next season. Maybe find a useful piece for the long haul (perhaps Czarnik or MPS in the scenario below), graduate Puljujarvi to the skill lines and move Kailer Yamamoto up from Bakersfield when he’s forcing the issue (and that may not take long).

This is what I’d like to see, we can quibble over details (you may prefer Yamamato on the roster, or maybe Kassian traded so the club can afford James Neal or JVR) and specific procurement targets. I’d be fine with Patrick Maroon returning if the team had more fast trains. I like Czarnik a lot, pleased to see Scott Cullen include him in his offseason game plan. I moved Jesse Puljujarvi up, there are lots of other options but he’s the most promising and I think Rattie will likely need replacing before the big Finn on the skill lines.

Center gets no help, that locks Jujhar Khaira in so maybe you add a center but that’s something to discuss. I included Ethan Bear as No. 7 defenseman, mostly because I can’t settle on any player currently on the roster for the position. I think the cap totals are correct, but the royal wedding is mere hours away so maybe my brain isn’t working.

The item I linked to above re: The Bruins is from Joe Haggerty of SportsBoston, who drills down on the idea of Krug to the Oilers.

I’m not interested in rehashing the idea of trading Oscar Klefbom (mentioned it in an article for The Athletic February 23) but the ‘prospects from Boston’ mention by Mr. Haggerty is a wrinkle we can pursue. As a Bruins fan, these prospects are pretty familiar to me, not sure how many of the NHL-ready group Boston would be willing to deal.

The idea of trading Klefbom and No. 10 while acquiring Torey Krug plus prospects is both Chiarelli-like (Oilers are giving up a brilliant contract for a lesser one, and No. 10 overall for a more NHL-ready player with a lower ceiling) and fascinating. I think the Oilers would be wise to keep both Klefbom and the pick. One thing history teaches us: Whatever the deal, Edmonton is unlikely to get 100 cents on the dollar. As I mentioned yesterday, based on previous June trades, Oscar and 10 for Krug and Danton Heinen represents expected value if not reasonable value.

I think that’s a fair estimate of what we may be looking at with the big trade of summer. The one thread running through my mind about the general manager: He has every right to remain patient on his draft picks. If you’re looking for three wingers to play with 97-29-93 in some order on the top two lines, the answers might be Jesse Puljujarvi and Kailer Yamamoto. It should not be considered a waste of time if Edmonton misses the playoffs next spring but delivers two quality right wingers for the next decade.

In reality, Peter Chiarelli is going to acquire a substantial puck mover and that’s going to cost some assets. It would be best if he waited for the market to come to him. The past informs the future.

Grow Some Funk of Your Own