Bill Torrey passed away not long ago, a legendary figure in the game and someone NHL teams can learn from forevermore. It was 1973, the New York Islanders were one year into existence and held the No. 1 overall selection. Quoting Hockey Draft Central:

The Pronman item just dropped and is (as always) a brilliant read with original and refreshing views. It’s Christmas for draft geeks this morning! I’ll have Pronman on the Lowdown later this week. 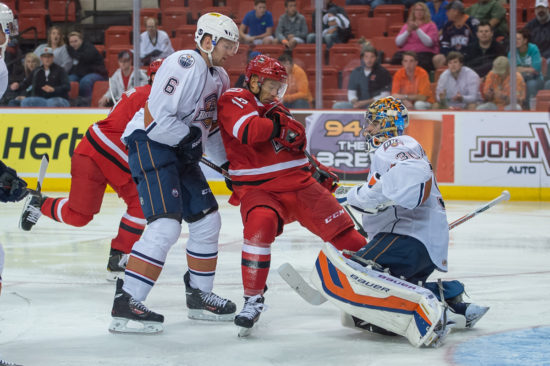 This week, I’m running throwback ‘shoot the moon’ posts and we’ve arrived at my favorite Oilers draft of this century. Here’s what I had to say on the Sunday night.

This is potentially good news for the Oilers, as the more defensemen who are chosen before No. 10 allows more variety among forwards for Edmonton. Here’s a quick mock for the Top 10 with Dobson going earlier.

Back in the days of Bill Torrey, it was easier to get better in a hurry via the draft. Why? The kids were all 20 and ready to step right in. From 1972-74, Torrey’s Islanders drafted Billy Harris (a two-way right winger capable of 25 goals a year), Bob Nystrom (who blossomed into an effective winger), Gary Howatt (a rugged checking winger), Denis Potvin (who came as advertised), Dave Lewis (effective shutdown blue), Clark Gillies (power winger), Bryan Trottier (the perfect center), Stefan Persson (smart two-way blue) and Dave Langevin (exactly one mountain) as well as a host of others.

It’s more difficult today, there are 31 teams instead of 20 and the eligible players are all hovering around their 18th birthday. That’s why keeping these draft picks, and getting the selection right, is so very important. Peter Chiarelli’s staff have shown real promise since 2015’s edition, one hopes that scouting groups gets the chance to make the call at No. 10 overall.

164 Responses to "Telling Tales of Drunkenness and Cruelty"