Matt Benning is a good young NHL defenseman with a solid future. He’s already a solid third pairing rearguard, and there may be more responsibility in his future. Benning is the most successful of Peter Chiarelli’s college free agents and signed a reasonable two-year contract with the organization on Tuesday. In an organization starving for value contracts, perhaps Benning will be one.

Still some deliberating but sounds like 2018-19 #NHL salary cap has been narrowed down to between $79-80 million. Initial projection is that player escrow withholding starts under 10% for first time since 2011-12. 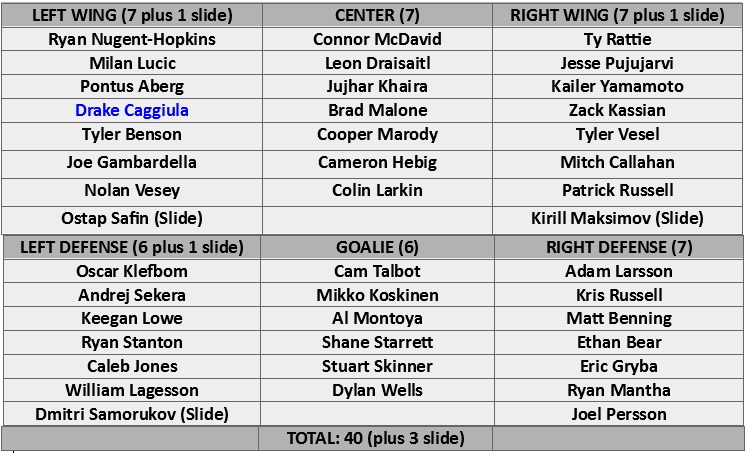 Benning didn’t play the tough opposition much, but he performed well against elites when deployed. It’s interesting to compare his line with that of Darnell Nurse, who has spent a lot of time playing above his comfort zone in the NHL. Nurse-Benning third pair next season would work well and give this team some depth.

I don’t think Edmonton has a chance at most of these players but their names are out there and they would be exceptional additions for the team. Signing Kris Russell limited Peter Chiarelli’s ability to wheel so badly, that’s a transaction that will impact several summers.

A fun morning, rich with draft talk as we get closer to Friday and the first round. 10 this morning, TSN1260, scheduled to appear:

A Matter of Trust

167 Responses to "Bennie and the Jets"