We enter draft weekend 2018 with every possible outcome under the hockey rainbow in play. The first-round pick is available, trading up or down is possible and standing pat at No. 10 overall is the obvious move. I always prefer to make the pick, but the RHD itch is one this organization is hellbent on scratching. The pipeline may have to wait even longer to reach completion.

I use NHLE as a strong guiding light. I also use scouting reports from trusted sources and publications. I punish average to poor foot speed liberally. My list rewards offense heavily, and the most gifted offensive players will be at the top. Players with a range of skills usually do well, but there is a fine line between a two-way player and a checking future (Allan McShane, Linus Nyman would have been higher on this list a few years ago). The list does not give high numbers to players who have a lot of their value tied up in the defensive side of the game. Goalies are graded (almost exclusively) by save percentage, although success over more than one season has terrific value. It is very rare for me to rank a defenseman No. 1 overall. Last time? Victor Hedman, 2009. 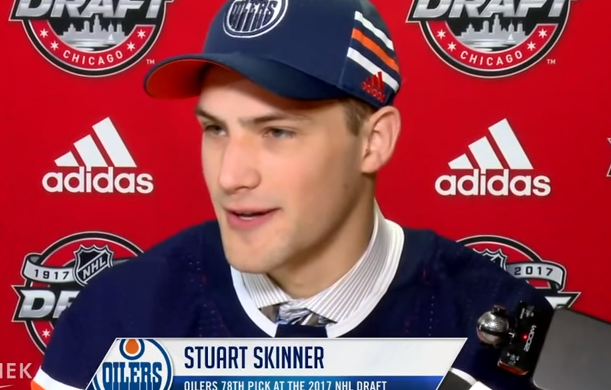 We are at the finish line, draft tonight! I’ll be part of the TSN1260 coverage beginning at 5:30. At 10 this morning on TSN1260, we’ll have a final look and update any trades. Scheduled to appear: