On Friday afternoon at five, a rumor hit the Al Gore. Edmonton was apparently in talks with the Boston Bruins, with Oscar Klefbom and No. 10 overall possibly heading east. Coming west? Torey Krug, Danton Heinen and or Anders Bjork. Whether it was real or not, the rumor died on the vine with the Evan Bouchard selection. Oilers added five prospects via the draft and one through trade while in Dallas. Plenty of work to do this summer, but a productive draft weekend. 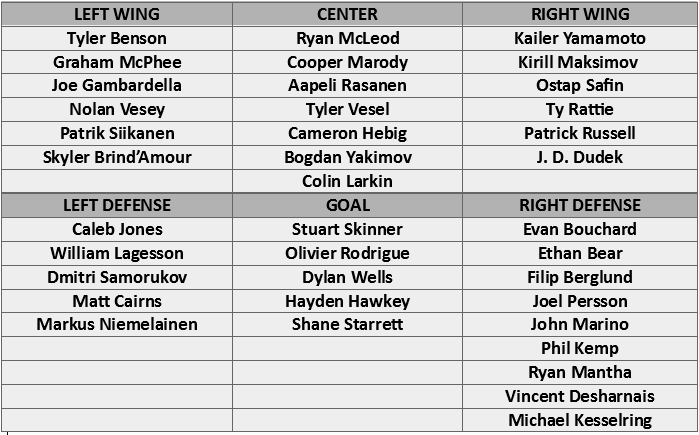 Definitely a three prospect draft, interesting to see Bouchard’s rankings having more range than one might expect from a likely top 10 selection. Part of that may come from his age (he is a 1999) something that also impacts McLeod (who was universally ranked in the final third of the first round). Rodrigue’s rankings are fairly consistent and Steve Kournianos probably has you ranked somewhere, that guy is thorough.

The Oilers extended qualifying offers to Darnell Nurse, Ryan Strome and Anton Slepyshev yesterday, that’s news on several levels. Although the Nurse contract number remains uncertain, I think we might see Strome’s deal at $3 million for one season. Slepyshev’s transaction is merely paperwork based on what we know, they are retaining his rights. 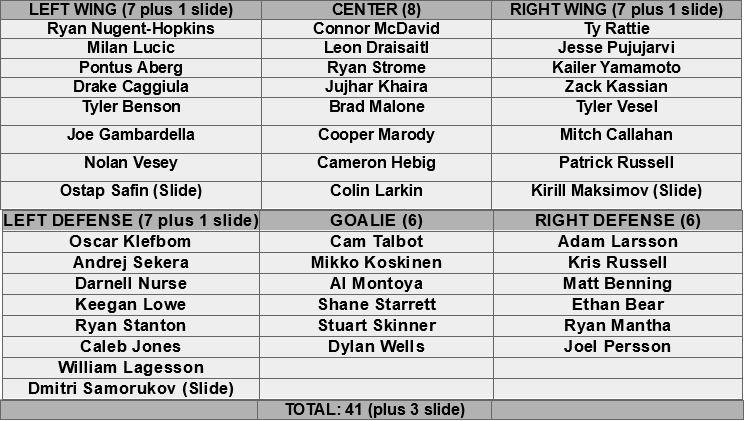 Dillon Simpson is the most likely of the pending free agents to be signed based on Edmonton’s own history. His skill set is duplicated by Keegan Lowe, and if we’re honest Lowe might be the better defenseman at this time.

I think this is the best road, to be honest. Every NHL team has five slots for pro goalies (two NHL, two AHL, usually ECHL starter) and ideally you have three younger men pushing for NHL work. As I see it, the depth chart this winter will be Cam Talbot with Mikko Koskinen in the NHL; Condors goalies Shane Starrett and Dylan Wells; ECHL starter Stuart Skinner. I also think Wells and Skinner will shuffle often to make sure both get a lot of work.

His resume looks good, one year from the pressure point of signing him. Providence goalies appear to be an itch the Oilers must scratch, as Nick Ellis was the starter before Hawkey. Jon Gillies was the goalie in Providence before Ellis and Hawkey, he was highly touted and hasn’t worked out as a pro (yet). Maybe the Friars suppress dangerous shots, or maybe the shot counter is a madman, or maybe Hayden Hawkey is an excellent prospect. We wait.

181 Responses to "Another Park, Another Sunday"