As we enter free agency, the Oilers are handcuffed by cap constraints. Many fans view this as a negative but if you look closely, most of the truly exceptional deals are for well less than $2 million a year. After two years of spending big in free agency, followed by one year at the dollar store, Edmonton is approaching this season’s UFA pool with care and caution. This is a good thing.

I don’t now that Comeau is going to be in the Oilers range, and Puljujarvi is already on the roster, but the other three men should be in Edmonton’s wheelhouse. Brodziak’s zone starts for the season (206 offensive, 283 neutral, 461 defensive) suggests a Brodziak fourth line might be able to manage a lot of the chores. Mark Letestu’s numbers (157, 146, 201) were far less extreme. He played a lot with Scottie Upshall and Patrik Berglund. I wrote briefly about Brodziak here. I wote about Brodziak, Jason Chimera and Austin Czarnik here.

The Oilers shouldn’t have traded Brodziak, he was outplaying Marc Pouliot based on the information available at the time (post is here).

Back in February, I wrote an item for The Athletic called The Oilers badly need a long, boring, uneventful yet effective summer. It appears we are there. In the article I detailed needs and solutions, including McDavid’s shooter, a right-handed puck mover for the second pairing, a third-line centre who can penalty kill and perhaps play some right wing, a backup goaltender, Maroon’s replacement and a penalty-killing forward as primary items.

As we reach free agency, the actual list has changed a little and a couple of the issues have been addressed if not resolved. Here is my current Chiarelli needs list:

The right winger could be Austin Czarnik or Anthony Duclair (he can play RW) but I don’t think it’s Rocco Grimaldi (who has posted some impressive scoring totals in the AHL). Brandon Pirri would be an astute hire for that spot. The two-way forward may well be Brodziak, but you could also include Jason Chimera and others. 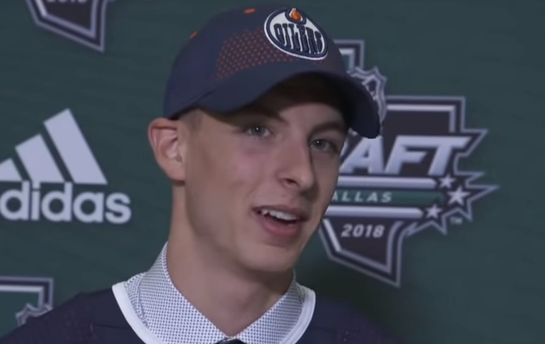 OTTEN ON THE OHL KIDS

Brock will join me on Saturday Sports Extra at 2:20 this afternoon, we’ll discuss Bouchard, McLeod plus Kirill Maksimov and Dmitri Samorukov (Dylan Wells if we have a chance). Brock’s nuanced explanation of Bouchard’s skating is worth the price of admission.

The possibility exists so we might as well talk about it. The Western Conference, and specifically the Pacific Division, are primed to add free agents to their roster in the next 48 hours. Tavares in San Jose, Erik Karlsson in Vegas, Arizona is apparently in pursuit of JVR. Edmonton? Not a player.

I’ll suggest to you that it is best. The Oilers have their Aces and Kings, even the Jacks and 10’s but badly need value contracts that will deliver quality ROI. You make your bets, small ones, and work very much as a farmer. Success comes from the tall tree from Finland finding a place in the sun to grow, in the young American Yamamoto proving he can flourish in today’s NHL, Rattie, Czarnik, Pirri. The Bouchard selection proves the way is through procurement of youth, same as it ever was. Bill Torrey is missed, but his lessons are clear. It is time to plan the garden, plant the garden, and later, see what grows.

Too much month at the end of the money

193 Responses to "Being There"