Time Waits For No One

The Edmonton Oilers are just three weeks away from training camp, so it’s a good time to place our bets and try to reach top dead reasonable. The defense is still fluid, so I’m slow-playing blue, but the forwards are coming into view and I think we can make some educated guesses about the Oilers 18-19. 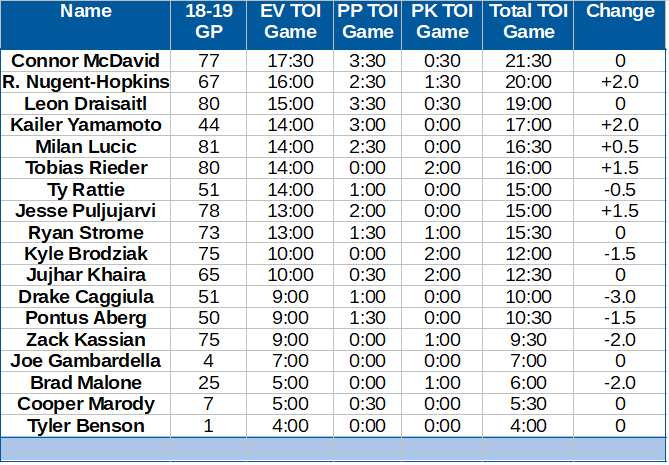 66 Responses to "Time Waits For No One"