I have completed my projections for the RE series (will publish before the season opens) and there are some interesting items. I’m projecting 51 power-play goals (up from 31), six on the penalty kill (down from 11) and a healthy increase (but nothing crazy) in even-strength goals. Surprisingly, with the increase in year over year goals, and several career highs among forwards, only one of the major players on defense—Matt Benning—projects to reach a career high in points. The big man among the blue, offensively and in time on ice, will be Oscar Klefbom (photo by Rob Ferguson). 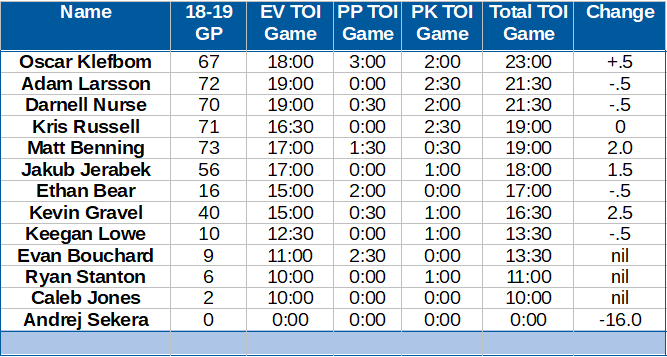 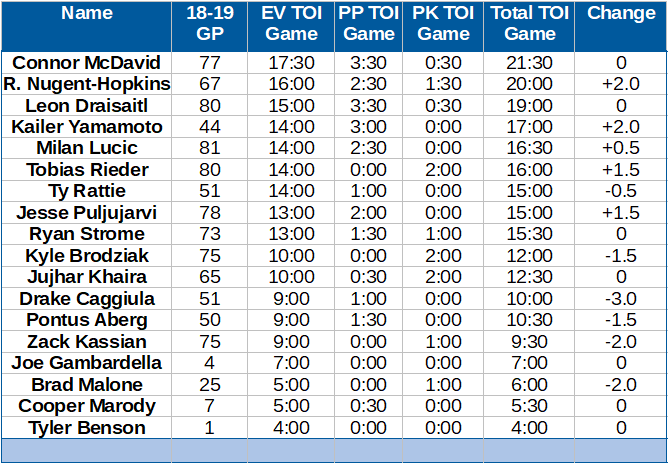 Some great quotes in this article by Min Dhariwal of the CBC from Benson and Perry Pearn. A quality article.

I’ve been meaning to get to this but haven’t had the chance until today. I wanted to pass along a quick message about fandom and why it is wise to disregard anyone telling you “how” to be a fan. The world is made up of several different types of people, one of which spends day and night telling other people what to think. This, combined with something nearing acidic aggression, means you are likely to encounter someone online who will try to bully you today.

Fan as you wish. Here are some wrinkles in my fandom across all kinds of interests:

Time Waits For No One