Jesse Puljujarvi scored early and played well all night long. He showed power and finesse, combined with good boots and rugged play (even threw in some ‘pushing and shoving’ for good measure). A team can’t count on all of its prospects to arrive right on time, but this one, the mannish boy, is more man than boy this time, perhaps for the first time. Hallelujah, amen. It is a big damned deal.

It’s almost here! Next Monday, September 24 you are invited to a party at The Rec Room (south side). The Athletic Edmonton group would love to meet you, chat about the new Darnell Nurse contract and the team in general. You can register (we need to know how many are coming, just like your Mom at Christmas) in the link below.

The Athletic Edmonton lineup will be there, including Daniel Nugent-Bowman and Jonathan Willis. Eric Duhatschek will attend! I’ll be there to make sure everyone uses a coaster, and I’d love to see you there. If you haven’t subscribed yet, now’s your chance. Special offer is here, less than $4 a month!

Oilers lost the possession battle in the first and second period last night, but Cam Talbot was brilliant and right wingers were scoring at will. The overall 5-on-5 possession battle (24-36 Corsi, 40 percent) showed the Oilers were chasing more than they should have been, while 5-on-5 shots (20-19 Van) and high-danger chances (9-6 Van) were perhaps a better reflection than the overall flow of play. Some bad penalties were also part of the mix, but if you’re looking for good arrows, the skill right wingers and goalie Talbot are the headlines. 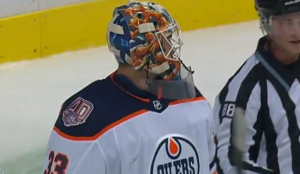 A lot of chatter today, beginning at 10 on TSN1260. Don’t forget the waiver wire, scheduled to appear:

Grow Some Funk of Your Own