After six games, the Edmonton Oilers are 5-1-0, are 19-10 in 5-on-5 goals and are tearing up the highway like a big old Cadillac. Even wayward goalie Mikko Koskinen got into the act, stopping 22 of 23 (.957) at 5-0n-5. There are 82 games that matter and we’re several days from the regular season. The balance photo is safely packed away but there are some answers that look like they might just fit. It’s been a good training camp.

Ethan Bear starting OT with McDavid and Draisaitl indicates what McLellan thought of his night. Very good performance. He’s showing he’s ready for a full time job. Might take a bit while they sort out Bouchard, but Bear is very close IMO 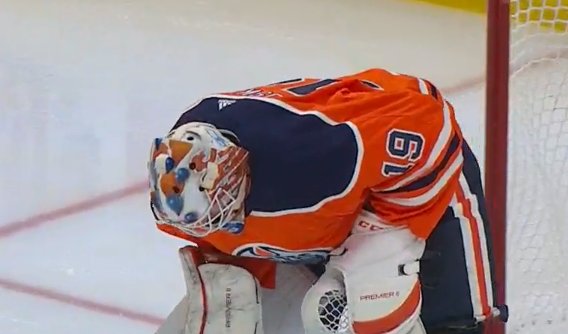 Some of these men delivered fabulous preseason performances and in the cases of the three primary RW’s (Rattie, Yamamoto, Puljujarvi) it’s an especially powerful wallop. The outsiders (Aberg, Caggiula, Chiasson) never had a chance.

I have been mostly impressed with youngsters Bouchard and Bear, suspect we’ll see (as we did one year ago) the junior player emerge with the NHL job for nine games. Bear has taken a step though, and that’s a very good thing.

A nice recovery from Koskinen, and with one game left I imagine we’ll see Cam Talbot in the final game before heading to Europe. The beginning of this season is unusual, hopefully the Oilers can stay the course and build momentum.

I estimated Puljujarvi at 18 goals this season, that’s reasonable. If he scores 20, that’s in the range of reasonable. If JP hits 25, we are looking at something beyond what we could reasonably expect. He has averaged 14.69 shots per 60 at 5-on-5 this preseason (1.57/60 a year ago). This has the look of a giant leap, but let’s not get ahead of ourselves (as I absolutely get ahead of myself).

At 10 this morning, TSN1260, we’re heading for the weekend and the final Saturday without regular season NHL hockey this fall. Scheduled to appear: