The Edmonton Oilers finish up a four-game road trip tonight in Sunrise, Florida. After winning against Detroit, losses to the Capitals and Lightning have Oilers fans feeling a little uneasy. The Panthers have played in just 11 games, winning only three, but defeated the Winnipeg Jets last time out. It’s a big game for Edmonton, losing three in a row is a bad idea. If Edmonton wins tonight, they keep pace with the Flames and Canucks. 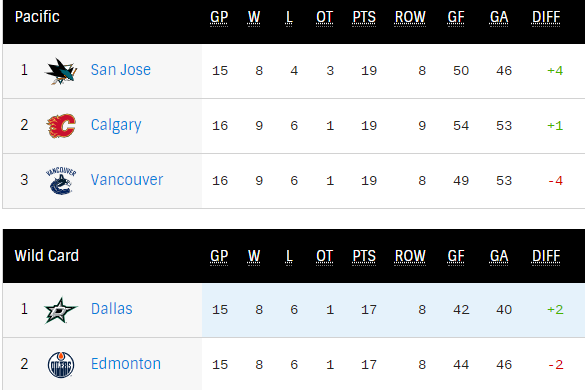 Edmonton can tie the 2016 club with identical 9-6-1 records with a win tonight. The two losses on this road trip are in the rear view and Ty Rattie is back so the team has some more options on right wing. I think we’re reaching a point where Peter Chiarelli will need to make a move to keep the Oilers playoff chances at current levels. Rattie could delay that move with a productive November.

It’s important to get some points out of every week, and tonight’s game is the best chance for the Oilers since the weekend. The next three games against the Avs, Habs and Flames feature stronger teams by record than tonight’s opponent. Edmonton hasn’t played down to the competition yet this season, in my opinion.

WHAT TO EXPECT FROM NOVEMBER?

I have the four games after this one as another 2-2-0 run, before the Oilers get on a reasonable streak as they get into the heart of the Pacific Division. The road game against Calgary is going to be interesting, watched the Flames last night and they are a riddle wrapped in a enigma.

In reference to the earlier report about #Oilers GM Peter Chiarelli being in attendance for Caps/Pens tonight. Have to wonder about Jesse Puljujarvi for a more established piece out of PIT. https://t.co/h3DEvrmSB0

My article today at The Athletic is about the ongoing battle for the soul of the 2018-19 Oilers. The coach isn’t playing Jesse Puljujarvi or Kailer Yamamoto in a feature role, and Ty Rattie has been hurt. In the meantime, the goal-scoring leaders behind 97, 29 and 93 are Alex Chiasson (6) and Drake Caggiula (5). I think a trade is possible, for a right-wing and a right-side blue.

The Penguins are an interesting team and the list of possible trade acquisitions fascinating. I’ve mentioned to you in the past that Peter Chiarelli has a fascination with acquiring the aged and Pittsburgh has some interesting options:

A busy show with splendid guests, we get rolling at 10 this morning, TSN1260. Scheduled to appear: